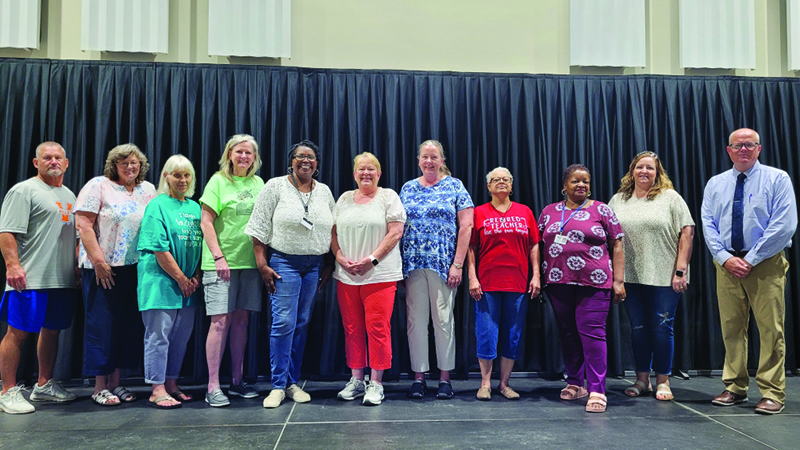 On Thursday, the Chambers County School District held a special luncheon for all of its staff at the Valley Sportsplex to celebrate their work.

Assistant superintendent David Owen welcomed everyone present and thanked those who had helped make the event possible. He said all future retirees were invited to join the Chambers County Education Retirees Association. Owen had all the retirees in the room stand up to be recognized, and the audience clapped.

“Again, this day is for each one of you,” Owen said to the audience. “And I can’t say enough about working with Mr. Chambley and trying to get this organized and what he’s done behind the scenes to try and make this happen.”

Chambley was the next to speak.

Before the event had started, Chambley had asked the school principals present to each choose six of their staff members to participate in an activity. During his speech, he revealed that each team of six would have to stand on a blanket and turn it completely over without stepping off of it.

Valley High School was the first to complete the activity.

Many people won door prizes at the event. There were 25 Dairy Queen gift card winners, and four people won drawings for Yeti coolers and bags donated by the Chambers County Development Authority.