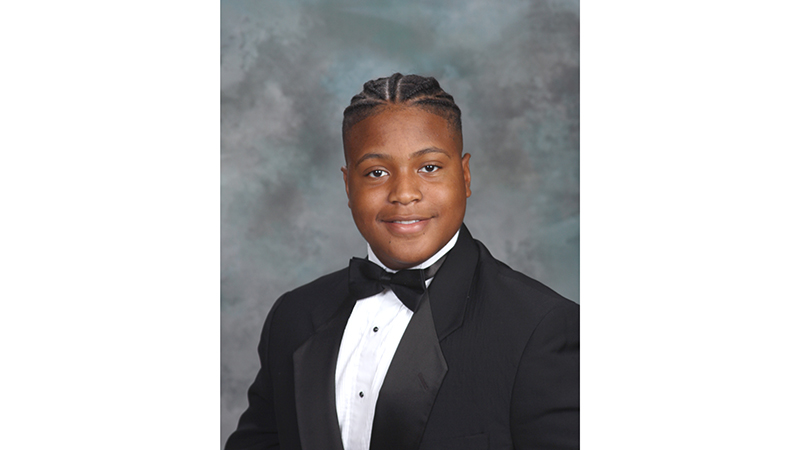 He said his most positive experience at LaFayette High was the faculty and staff’s commitment to making students comfortable. He gave the example of school administrators being ready to help students with online classes. He said students could ask to take classes they wanted.

“And the funny thing about that is when students have come up to ask for another class, they have gone to classes that actually helped them advance their careers, such as Inspire Academy classes with engineering and manufacturing and things of that nature,” he said. “It’s really a blessing to know that you’re cared about.”

Thomas described LaFayette High School as family-like because the faculty and staff are supportive and everyone knows each other.

“If you love the idea of a family, LaFayette is the place for you,” he said.

Thomas felt so supported that he said he couldn’t recall facing any major obstacles in high school.

He would tell current LaFayette High students to keep their grades up.

One of Thomas’s favorite teachers is math teacher Dr. Daniel Bass, who he said was retiring.

“I’ve had Dr. Bass three of my four years here,” Thomas said. “This year, I didn’t take a math class because I had taken all of my math.”

Thomas said Bass made math easy and showed the roles it plays in real-life situations.

He said his greatest achievement at LaFayette High School is staying there, especially through trying times. He said that the school receives negative criticism.

Thomas said he’s going to attend the University of Alabama the summer of next year.

“I’m going for political science, and I really hope for my profession will be law,” he said. “I really want to be a lawyer because I see so many injustices, not just for African Americans but for Americans, period. I want to be able to say that I contributed to helping innocent people.”

Thomas said he believed he was a member of the Student Government Association and said he was involved in the Chess Club. If he could change anything about the world, he would expand opportunities to prove their abilities and have “their moment in the sunlight.” Thomas added that he loves his mother and his grandmother, Marie Huguley.