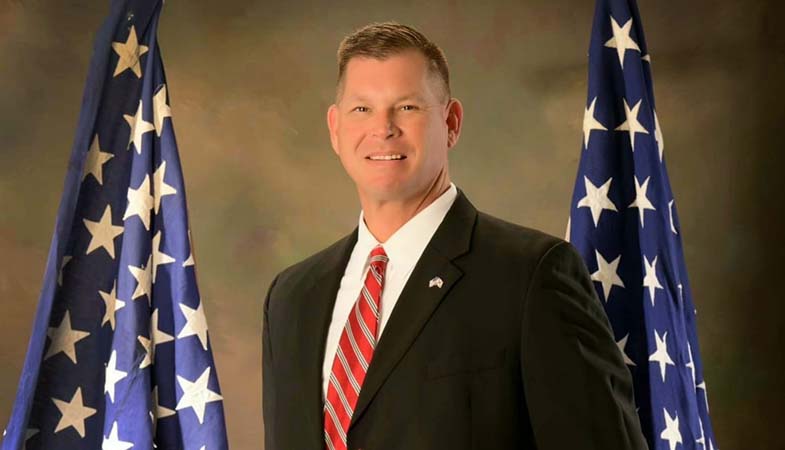 The race for the next Chambers County sheriff has been set. Republican candidate Jeff Nelson emerged victorious Tuesday, defeating Richard Carter with 2,925 votes (66.75% of the vote) to Carter’s 1,457 votes (33.25%).

Nelson still has work to do as he looks toward the November general election and a challenge from Democratic candidate Jeff Blackstone.

Nelson was pleased with the turnout for this primary, one that saw 21.07% of the 25,519 registered voters in Chambers County cast their ballots.

“First off, the citizens of the Chambers County came out with a vengeance, and they showed that they were ready for change in this county,” Nelson said. “It was amazing seeing all the people that we had show up at the polls, Valley, Lanett, LaFayette, all of them, they all came out and they voted and they let their voice be heard.”

For Carter, it was a solemn evening. He was grateful for those that exercised their right to vote, but hoped for a better turnout.

“Obviously, we’re disappointed but we’re able to hold our head up because we know we ran a clean campaign,” Carter said. “We don’t regret how we did things we just did the best we could. We respect the citizens votes, and we appreciate the ones that turned out. I was really hoping for more, you know, just because it was such an important race, at least the sheriff’s race was, in my opinion, one of the most important elections that we’ve had in years.”

Both men were complimentary of the campaigns they ran and how each of them conducted themselves.

As for Carter’s next steps, he says he will wake up in the morning with his head held high and take it one day at a time.

“We’re going to get up tomorrow, and we’re going to act like we did today,” Carter said. “We’re gonna get up, we’re going face a new day and you know, the good Lord is gonna show us the way.”

In other election results, Randy Price carried the Chambers County vote for State Senator for District 13 with 3,348 votes to 820 for his opponent, John Allen Coker.

District Attorney Jeremy Duerr failed to carry the vote in Chambers County, losing to challenger Mike Segrest by a total of 1,352 votes. At press time, Duerr trailed by 1357 votes statewide, according to the secretary of state’s website.