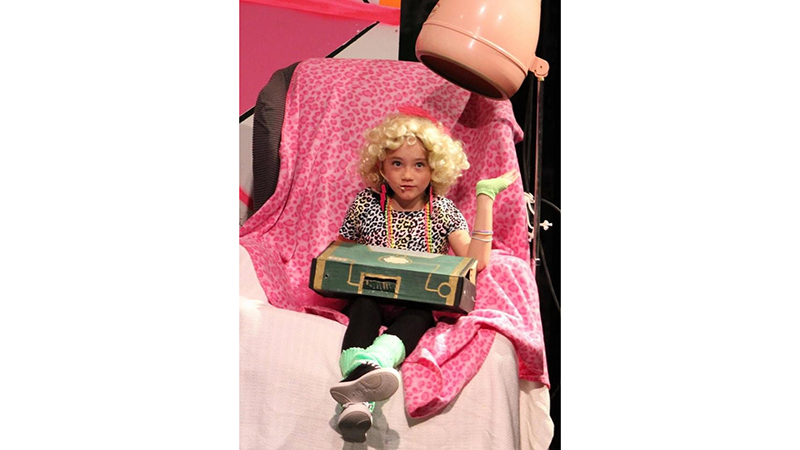 Kids ages six to 16 will have an opportunity to learn all about theater in New Horizon Community Theatre’s upcoming 13th annual summer camp, led by professional performer and educator Julia Langley. The camp will allow kids to learn skills in choreography, acting, singing, technical and backstage work, writing and stage etiquette. Langley added that they will learn imaginative thinking, confidence and how to overcome their fears on the stage.

The camp will begin on Monday, June 20 and will culminate on June 25 with a matinee show at 2 p.m. and an evening show at 7 p.m.

“It’s really amazing what we’re able to put together in that short amount of time,” Langley said.

Langley said that each year, she writes an original show that will be performed by campers. This year, campers will perform “The Roaring 20s — 1920s versus the 2020s.”

“So, we’re going to have a mix of old and new, and it’s really going to be high energy, a lot of fun,” she said. “A lot of dancing and a lot of singing and beautiful costumes.”

Langley hopes the performance will help campers understand what the 1920s were about.

Check-in most days will start around 8:30 a.m., although she said it will be earlier on the first day.

“We do take walk-ins, but we fill up really fast, so it’s always recommended that if people do want to join that they go ahead and call ahead of time [(706) 643-7529] or go online at nhct.org, and they can do it that way, as well,” Langley said.

Langley said around 45 children can participate in the camp.

The camp costs $200 per child. This cost also cover a camp t-shirt.

Langley said the summer camp is one of the highlights of the year for the theater and attracts kids from all over.

“We’ve had kids coming in from Florida, from Montgomery, from Columbus, Atlanta, so they really travel far and wide to come in and participate,” she said.

“We do a craft project each year that they get to create their own items,” she said. “Most of the time, we use them as part of the set. Sometimes they create costume pieces.”

Langley said that there are places for campers who don’t want to act. For example, they can work in the costume shop or sound booth.

She said she sees campers transform from participating in the camp.

“I see it so much, the change that occurs when a kid goes from just singing in their bedroom at night to themselves to standing on a stage, how much they change and evolve. It’s quite amazing to watch them emerge,” she said.

“It offers the opportunity for people to explore their talents and their skills, to stand up on the stage and use their talents, use their gifts,” she said. “It’s a community theater, a community heart-centered theater. And the people that are involved there are some of the best people I’ve ever met in my life. And I’ve been in theaters all over the world with Cirque du Soleil. And I can tell you this place is special.”

Anyone of driving age can apply for a counselor position.

Counselors work during the week of the camp, helping build the set and assist campers.

Langley said that people who apply for the counselor position are often from local colleges and that there’s no age limit on who can be a counselor. Langley said that ideally, counselors should have attended the camp before or have experience from somewhere else in theater. She said anyone interested in becoming a counselor for the camp can contact her on Facebook by Friday, June 10.

While Langley will be directing the show, she said it will take a lot of people, including the counselors, to make it happen.