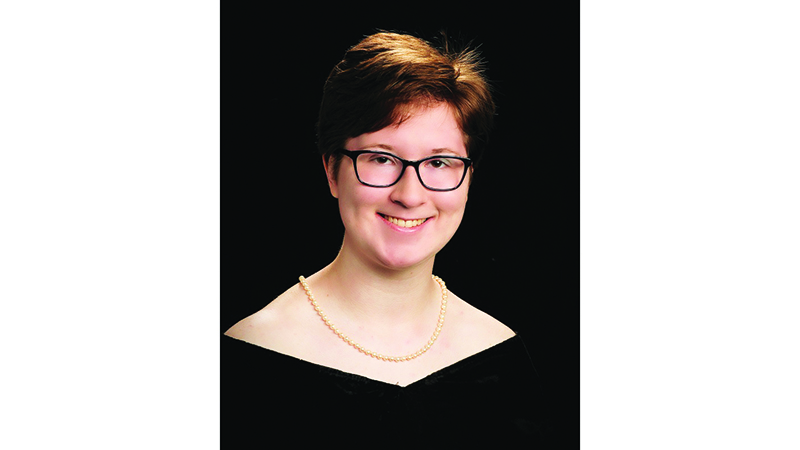 Kathryn Carpenter said she felt honored and proud to be chosen as Valley High School’s Class of 2022 valedictorian. She’s been a high-achieving student for as long as she can remember.

Carpenter said her most positive experience at Valley High has been being in the band, as it gave her a sense of community. She said her greatest achievement at Valley High was becoming an assistant drum major.

“The band was what gave me more confidence,” she said. “And I decided, ‘Hey, I want to try out for drum major.’ And even though I didn’t get the top position, I was still really proud of myself for getting the assistant drum major.”

An obstacle Carpenter has dealt with in school is that she’s very introverted and finds it hard to talk to new people.

“But one thing that opened me up was joining the band in middle school because, like I said, that gave me another group of people to talk to that I shared a lot of interests with,” she said.

She said her friends have kept her motivated to succeed.

“It was fun having people to talk to that were my age and being there to encourage each other,” she said. “So, I really value those connections.”

Carpenter plans to study computer science at the University of Alabama in Huntsville.

Carpenter, who described herself as a gamer, said she might pursue a career in game development.

She was involved in several extracurricular activities. Beside band, she was also involved in the Science Club, the Scholars’ Bowl and Mu Alpha Theta.

If Carpenter could give advice to future Valley High School students, she’d tell them, “It might be hard at first, but if you push through it, it’s worth it.”

As for current Valley High School students, she’d tell them, “Just keep going. Try to do your best, and eventually, you’ll make it.”

If she could change anything about the world, Carpenter would have people be kinder to each other.

“When there are people around to support you, that makes the world a better place,” she said.

Carpenter was born in Valley, raised in Lanett for a few years and moved back to Valley.