Two Valley residents arrested, one charged with Elderly abuse and neglect and another with elderly abuse, neglect and manslaughter in the death of 72 year old woman 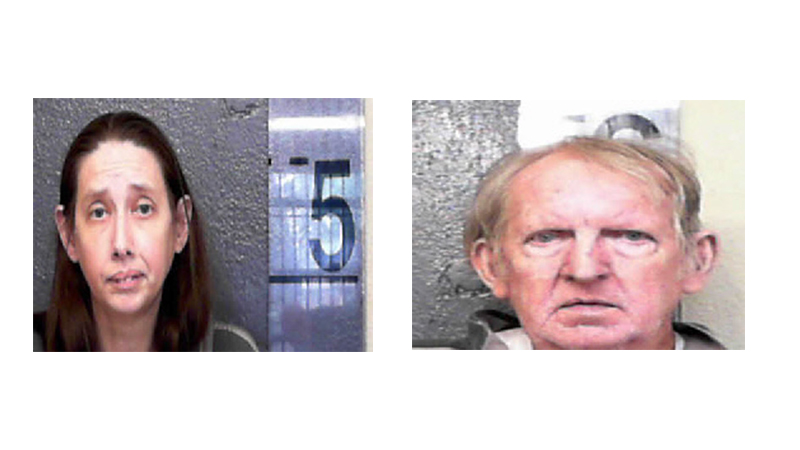 On March 16, 2022, officers of the Valley Police Department were called to a residence in the 3600 block of 24th Ave in Valley in reference to an elderly female found deceased, according to a press release from Valley Police Chief Mike Reynolds. When officers arrived, they found the resident, 72-year-old Janice Ramsey Hawkins, deceased in the living room.

According to the release, two other residents were present at the home, the decedent’s husband, Walter Alfred Hawkins, 74, and her daughter, Christy Lee Hawkins, 45.

Due to the living conditions found in the home and the condition of Hawkins, officers requested investigators respond to the scene. Valley investigators arrived, documented the scene, and, after conferring with the district attorney’s office, Hawkins’ body was transported to the medical examiner’s office in Montgomery pending an autopsy. Statements were also taken from her husband and daughter.

On May 4, 2022, Valley investigators received the completed autopsy report from the medical examiner’s office. The autopsy stated that Hawkins’ cause of death was failure to thrive associated with complications of diabetes.

The failure to thrive portion of factors listed five key reasons in the autopsy, with those being malnutrition, body mass index of 14 kilograms per meter squared (underweight according to the National Institute of Health (NIH)), sunken eyes and prominent ribs, dehydration as evidenced by skin tenting and deplorable living conditions, dirty clothing, foul odor and roach infestation.

Investigations found that a doctor had not seen Hawkins since 2019 and that none of her prescriptions (She had nine different medications), had been refilled since 2018, according to the press release.

On Wednesday, with approval of the District Attorney’s Office of the Fifth Judicial Circuit, Walter Alfred Hawkins was arrested and charged with elderly abuse and neglect 1st and manslaughter.

Christy Lee Hawkins was arrested and charged with elderly abuse and neglect 1st. They were transported to the Chambers County Detention Facility pending a bond hearing.

Reynolds said there have been numerous calls to the residence dating back to 2014, most of which were related to domestic violence calls against the husband.