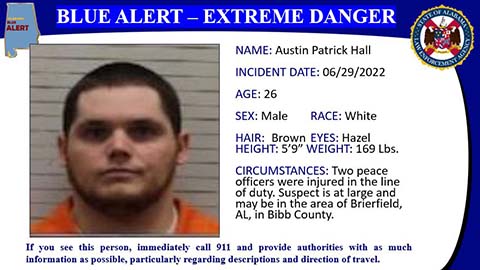 The suspect, identified as Austin Patrick Hall, 26, a white male, 5’ 9″, weighing 169 pounds with brown hair and hazel eyes, is currently at large and is considered to be armed and extremely dangerous.