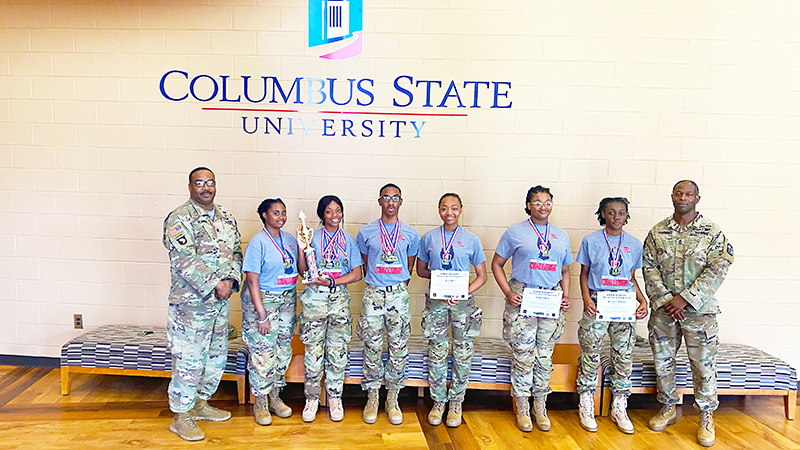 Each year, more than 300 cadets participate in the camp on the Army post, where they complete events that include a team development course, a land navigation course, the rappel tower, aquatics training and the Airborne 34-foot tower.

During the five-day camp, cadets are housed on the campus of Columbus State University.

Senior Army Instructor Retired LTC Christopher McKinney said the camp provides an opportunity for cadets to utilize the skills and training they have learned throughout the year.

“JCLC is important because it is the capstone exercise of the school year,” McKinney said. “All that the cadets have learned come into play during this camp experience. This challenges the cadets, and they will build your JROTC program by bringing what they learned back to the other cadets.”

McKinney is proud of the way the cadets performed during the camp.

“Our cadets performed in an exemplary manner this year,” he said. “I am very proud of their resilience and competitive spirit.”