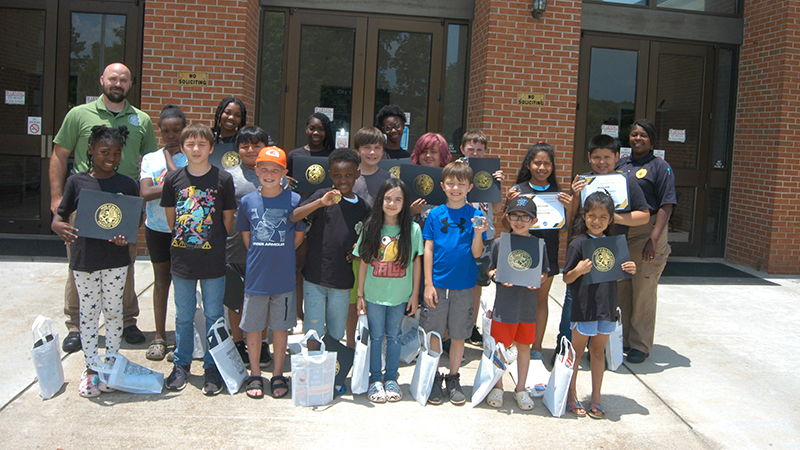 LANETT — Eighteen youngsters in the 7-12 age group received certificates, gift bags and challenge coins on Friday in a graduation ceremony in the council chamber at Lanett City Hall. They are members of the 2022 graduating class in the Lanett Police Department’s Junior Police Academy.

According to Lt. Brittany Reaves, who directed the program, the children learned valuable lessons on water safety, staying cool and hydrated on the hot days of summer and the health advantages of avoiding tobacco use and vaping. They also heard presentations on human trafficking, watched a demonstration by the Chambers County SWAT team and learned about what Lanett Police Department investigators do on a daily basis.

Classes took place throughout the week in the Jane B. Farrar Event Center in downtown Lanett.

Lt. Reaves has directed the program for the past six years. Assisting her was School Resource Officer Sgt. Alvin McCarley.

“I had a blast this week,” McCarley said.

“This group of kids was absolutely amazing,” Lt. Reaves said. “They played close attention to what was being taught, and we all had fun all week long.”