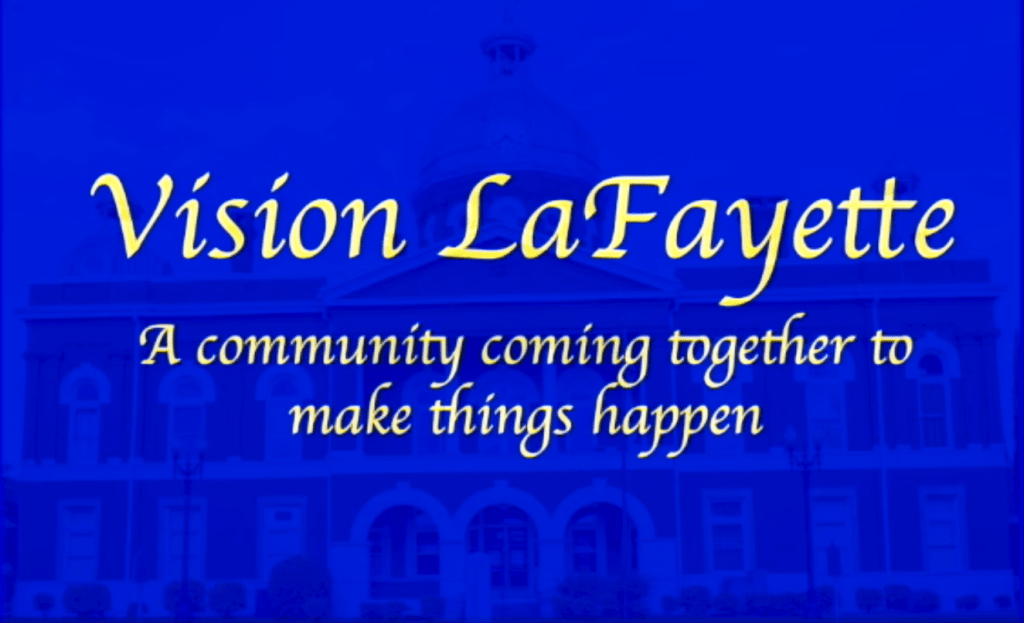 After almost six years of hard work, the Vision LaFayette committee announced Wednesday during a press conference at the Harmon Insurance office that the City of LaFayette has been awarded the Main Street Alabama designation.

Jimmy Stewart, chair of the Vision LaFayette committee, coordinated the efforts to put together the application and the presentation and participated in the interview process said this could have never happened without the community’s unwavering support.

“What we’ve accomplished has taken six years to do,” Stewart said. “Without the help of the community, and citizens and cities, we never could have accomplished this. There’s great things coming to the city of LaFayette, and I look forward to having everyone’s continued participation. LaFayette’s a city poised for growth, and I look forward to everyone’s continued participation.”

Mayor Kenneth Vines said he is pleased with all the work that has been done to secure this designation and looks forward to what the future holds.

“It’s been a long time coming, six years in the making,” Vines said. “Guess what? We came together as a city. The whole city entirely came together as one. Thank you, Mainstreet. Thank you for choosing the City of LaFayette. And to the citizens, thank you. I love each and every one.”

Chambers County Development Authority project manager Ansley Emfinger, who helped with the project, is beyond excited about this designation. Emfinger was not in attendance due to prior obligations but released a statement to the media.

“I am thrilled that LaFayette is now a designated Main Street Community,” the statement reads. “This entire process has been a team effort and could not have been accomplished without the help of the many dedicated citizens of LaFayette. Our group spent countless hours and used their various talents to achieve this designation. The response from the community and businesses has been overwhelming, and I cannot express how much I appreciate all those that contributed to this achievement.”

Emfinger says she is looking forward to the boost this designation will give LaFayette.

“I know that LaFayette becoming a designated Main Street Community will be a major boost in aiding continued growth in the downtown area and allow it to reach its full potential, and we’re excited to get started,” she said.

Now the hard work begins. Busby said although the application process was daunting, it is nothing compared to what lies ahead, calling it a “game changer.”

“As others have said, it’s a very, very challenging, difficult application. It pales in comparison to what we’re about to undertake here going forward,” Busby said. “So, I can tell you this is going to be a game changer for the City of LaFayette. It is an economic driver that we see can bring funds and revenue and people to this city.”

In a press release from Main Street Alabama on Wednesday, Demopolis, Leeds, and Talladega were also announced as designees by Mainstreet Alabama.

“Applying for Main Street Alabama designation takes time, dedication, and commitment from several people in a community, explained Mary Helmer Wirth, Main Street Alabama President and StateCoordinator. “The process begins with attending a new city application workshop in January and then deciding to move forward with a letter of intent to apply that shows both public and private support for the effort as well as need and capacity.”

“The application itself is meant to have a community take a good look at themselves from vacancies, absentee property owners, historic properties, and the current economy in the downtown or neighborhood commercial district,” Wirth continued. “It generally takes about two to three months to complete the application with a group of people working in concert. Applicants also make in-person presentation to the selection committee, this is their opportunity to go beyond the written portion and show the heart and soul of their community, and why they feel it is time for them to have a designated Main Street program. It is a wonderful process of self-discovery.”

According to its website, Main Street Alabama believes in a four-point approach to revitalizing downtown throughout the state. Those points are organization, promotion design, and economic vitality.

Being a full member of the Main Street Alabama will give the city intimate access to economic development professionals about how to grow its downtown into a success. The city would receive technical assistance, involving market analysis and economic development strategies tailored to LaFayette. Full members also receive more training and workshops about taking the information from the training and actually implementing it into the community.

LaFayette would also have access to educational resources and host special events with the Main Street Alabama namesake.

However, the process is not free. After being accepted into the program, there is a tiered fee for new programs throughout its first three years. The first year for new programs is $7,500, the second year is $5,000 and the third year is $3,000. The fourth-year and beyond is a $1,500 cost for cities.

Additionally, LaFayette would have to hire a Main Street director.

Because LaFayette has a population of fewer than 5,000 residents, this position does not have to be full-time. Busby said that position can also be filled by somebody within the city staff.