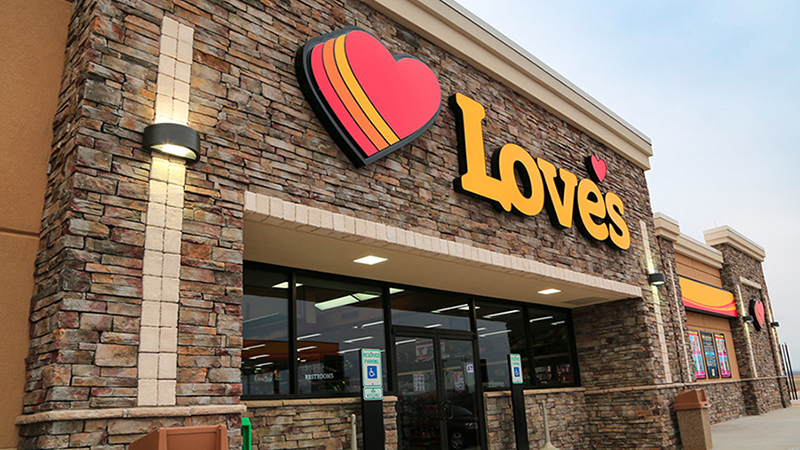 UPDATED: In an email to VTN, communications lead Caitlyn Campbell confirmed the location will open in the summer of 2023 and will include all the amenities Love’s is known for.

“The location will have all the amenities Love’s is known for like fresh food and drinks, clean restrooms, today’s latest electronics in its Mobile to Go Zone and a dog park,” Campbell said. “The location will also have a Godfather’s Pizza and Hardee’s.”

At the City of West Point’s work session on Tuesday, City Manager Ed Moon announced that construction on a Love’s Travel Stop & Country Store will begin in July. In an interview, West Point Mayor Steve Tramell said that construction on the new business was originally planned to start in the fall. The new location will be constructed on 19.2 acres on Georgia Highway 18 just off Interstate 85.

“They estimated some… about a $9 million project,” Moon said. “They also estimated some tax revenue, which is $1.4 million annually for the local governments. I don’t know that that’s accurate. Ours would be about $25,000 for property tax on the property. But the fuel sales, the sales tax off of that, we do collect. So that will be a good bit of revenue for us.”

“[I’m] very excited they’re coming and look forward to them being a part of our community,” Tramell said.

Tramell said construction could take anywhere from a year to a year and a half to complete.

Love’s Travel Stops purchased the land for their new location in 2018. The land, which had previously been owned by the Johnson and Harrell families, had been under contract with Love’s since September of 2017.

Love’s Travel Stops & Country Stores is headquartered in Oklahoma City, Oklahoma, according to Love’s. It was founded in 1964 and has over 550 locations in 41 states. The stores provide  professional truck drivers and motorists with 24/7 access to “clean and safe places to purchase gasoline, diesel fuel, Compressed Natural Gas (CNG), travel items, electronics, snacks, restaurant offerings and more.” Tramell said people who drive regular vehicles can also go to Love’s to buy gas.