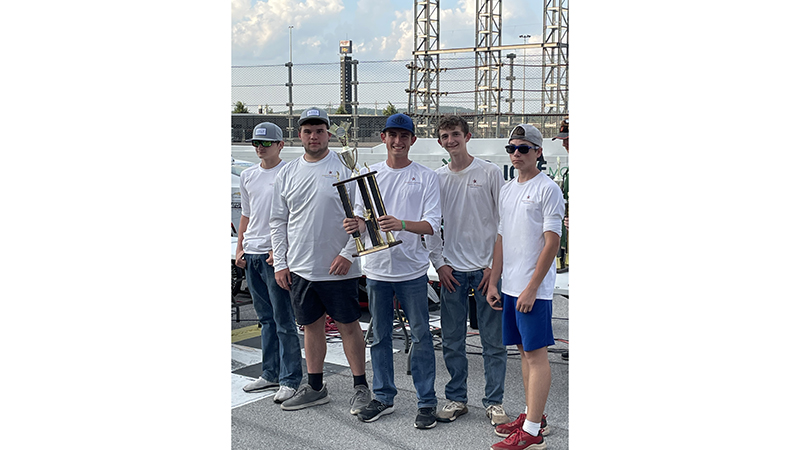 Students from Inspire Academy in LaFayette traveled to the Talladega Superspeedway on Saturday, May 20, to compete in the Greenpower F24 National Championship racing event.

Racing as The Piedmont Motorsports Racing Team, students from across the Chambers County School District make up the Greenpower racing team.  All the students take classes at Inspire Academy, participating in the engineering and manufacturing programs.

Racing teams rebuilt the cars over the season’s last six weeks and prepared for the national championships. During that time, the students learned how to build molds and create car bodies out of fiberglass and carbon fiber.

The Piedmont Motorsports team and their coaches are looking forward to hosting two weeks of summer camp focused on introducing third through seventh-grade students to the racing program and building excitement for STEM education throughout the county.

In addition to the summer camps, the Inspire Academy outreach team will be spending the summer break working with SOLV Energy and the Heart of America Foundation to launch STEAM Teams and plan out the next few years of STEAM outreach and how competitions will look like for the youth of Chambers County.