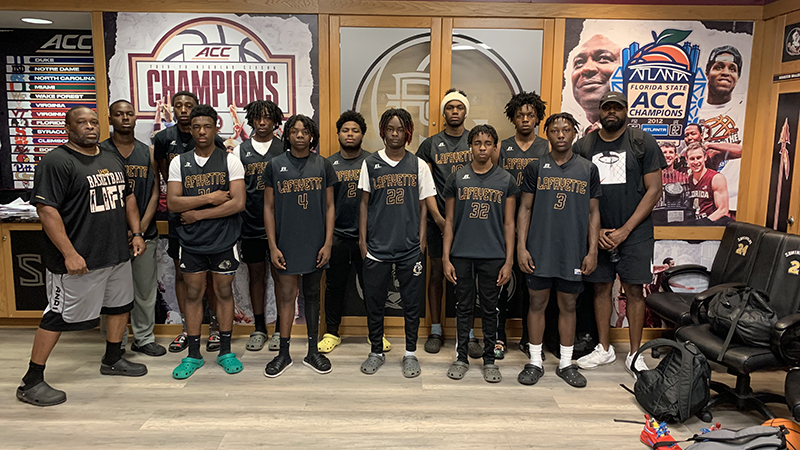 LaFayette summer camp: LaFayette basketball coach Chase Lewis took his team to Florida State for one of many playdates for the summer. File photo.

Coming off of a 12-11 season and an area runner-up finish, Head Coach Chase Lewis is looking to take the team even further.

“I graduated five seniors, my top three scorers, and my top two rebounders,” Lewis said. “We’re bringing back some good talent. Last year, they were young, but now they have some season in them.”

LaFayette is only returning two starters. Despite the losses, Lewis feels good about his team so far.

As for the summer, Lewis is focusing on team bonding and chemistry.

“We’re focusing on being able to rely on each other,” Lewis said. “I think buying into the system makes the season go better.”

The Bulldogs have built that team chemistry by playing 24 games in 14 days over the month of June.

“I want to beat us down mentally and physically and still be able to push through,” Lewis said. “At one point, we played nine games in two days. We’re just working on our skills. I cram it so we can be done around June 17 or 18, but I also cram it so we can just beat your body down. It’s summer. Let me wear you out physically, so I can see what we have in the tank when things get tight.”

LaFayette’s biggest strength this year is their teamwork as a group.

“We have strength in numbers,” Lewis said. “When we’re playing defense, every man is your man. On offense, when one kid scores a basket, everyone scores a basket.”

LaFayette won’t start their official practices until October and will play their first game in early November.