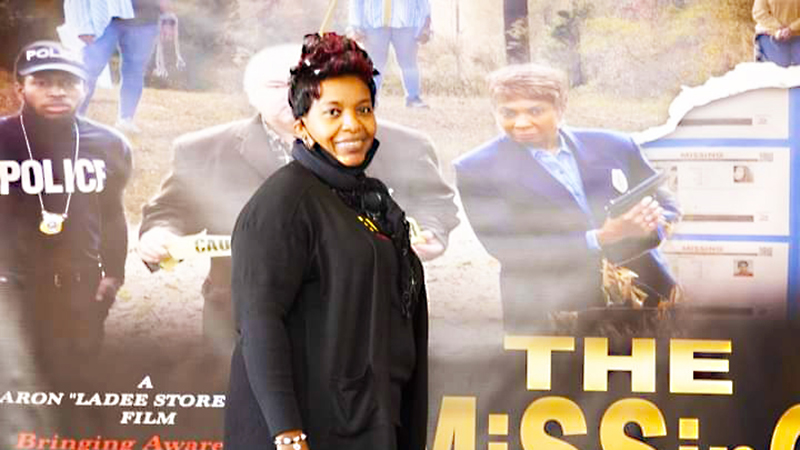 Local filmmaker Sharon “Ladee Storem” Acres is looking for actors and actresses to star in her five-part film series, “The Missing: Bringing Awareness To Stop Human Trafficking.” She needs about 13 performers per episode.

Right now, she needs two white males and two white females ages 35 and up as soon as possible. Two of these will play the parents of a fictional character, Tracey Farewell, who was found murdered in Episode 1. Acres is also looking for girls and women ages 16 and up and men ages 19 and up. Anyone who wants to act in Acres’ films can reach her by calling (678) 467-0247, by emailing claimfame860@yahoo.com or by messaging the Facebook page Storem 5000 Films.

Acres hopes the series will make more people aware of human trafficking. She said the problem became dearer to her heart the more she learned about it.

The series will be a mix of fact and fiction.

“I’m getting stories from different women… reading up about different women that went through human trafficking in real life,” she said. “And I’m kind of [using] their stories as well. In Part 1 at the end, a young lady named Tiffany Foster is missing in Newnan. So, I had her picture up so people could see, have they seen her, tell somebody. The motto of the story is if you see something, say something.”

Acres said Foster has been missing for over a year since being kidnapped.

She hopes her series will make people more aware of their surroundings.

“Adrian Carpenter with the Circle of Care in Valley, Alabama, he came out, as well, and spoke to everybody at the premiere [of the first episode] about how serious it is, human trafficking in the Chambers County area and how 85 South going to 85 North is like a hub for sex trafficking.”

The episodes will be shown on Bee TV’s Facebook page and TV station, BeeTV Network (WCAC), which reaches 600,000 homes in 11 counties in East Alabama and West Georgia, according to BeeTV founder April Ross.

When all the episodes are done, they’ll also be shown at New Horizon Community Theatre, Acres said. She has no set date planned for when they’ll be ready.

Acres gave credit to cameramen and video editors, Orlando Cochran of Good King Media and  Marcus Wright of LockBoy Cinema, for their help with the project.