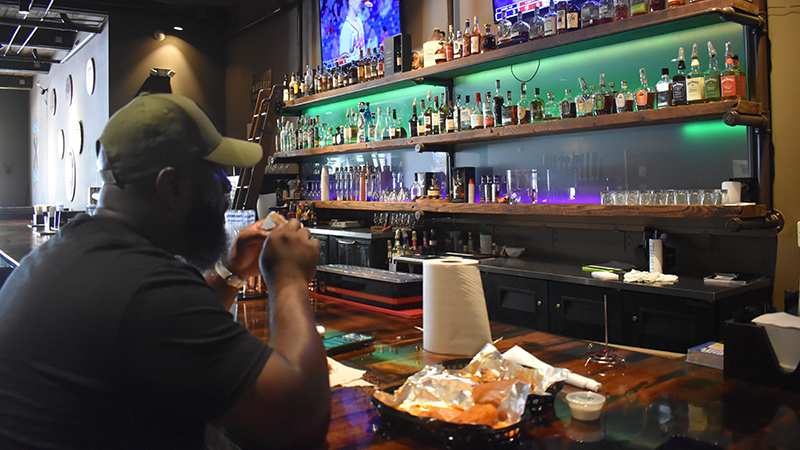 If you want to treat your dad to a great time this Father’s Day, you may want to head over to axe-throwing business Purge Nation. The business will be holding a whiskey tasting event from 2 p.m. to 5 p.m. this Sunday. Participants don’t have to be dads, according to Tammy Stephens, who co-owns Purge Nation with her son, Seth Heice.

There are currently 20 spaces for the event. Stephens said there are about three to four left, but she can make more if needed.

Purge Nation held its grand opening at the beginning of April. It has not only axe-throwing but dart throwing, virtual reality games, a bar and a restaurant.

Stephens said the business has been doing well, especially on weekends.

“We have had several events, several birthday parties,” Stephens said. “We can accommodate up to 300 people. So, we can definitely do big parties.”

Stephens said there is live music on Thursdays, Fridays and Saturdays.

“It’s acoustic on Thursdays, usually, or like a small band,” she said. “And then on Fridays and Saturdays, it’s more of a DJ. After 9 p.m.”