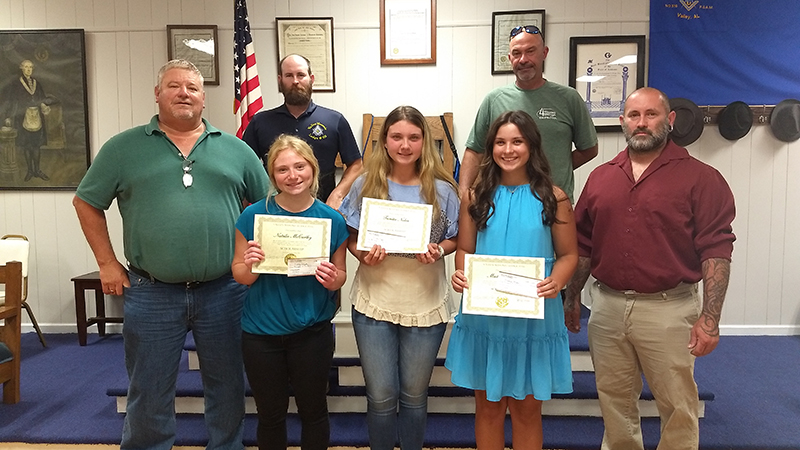 On Tuesday, May 31, Valley Masonic Lodge #516 presented five Valley High School students with $1,000 scholarships, according to John Ron Stuckey, chairman of the lodge’s scholarship committee. They were chosen from seven applicants.

To be eligible for the scholarships, applicants had to each be accepted by a college and provide an application, high school transcript and an essay describing why they felt like they deserved a scholarship. Stuckey said a committee evaluated the candidates by grades, community and school involvement and their essays.

The money for the scholarships was raised from the Valley Masonic Lodge #516’s annual golf tournament usually held in April of each year.