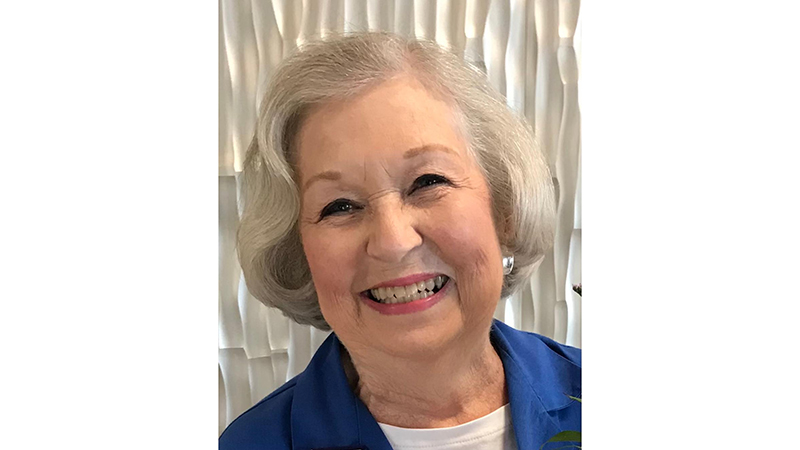 Virginia Allene Jacobs Tynes passed away peacefully in her home in Birmingham on June 26, 2022, following a brief illness. She was born to George William Jacobs and Margaret Avis Freeman Jacobs in West Point on Nov. 8, 1936.  She graduated from West Point High School in 1954, where she was a cheerleader and vice-president and salutatorian of her graduating class.

During her senior year, she went on a blind date with Hubbard Armstrong Tynes, an Auburn mechanical engineering student from Birmingham. They discovered that they both loved tennis, waterskiing and quail, dove and duck hunting.  She loved riding horses, and he loved racing and collecting motorcycles. She attended North Georgia College in Dahlonega, Georgia, and he graduated from Auburn. They became engaged and were married on May 13, 1955, in the First Baptist Church of West Point.  They were married for 37 years until Hubbard’s passing in 1992. Together, they raised three children and as a family enjoyed all those interests that originally drew them together.  She supported their family as a homemaker and managed the active school and athletic schedules of their children. She chaired and co-chaired fundraisers for the private school they attended. She and Hubbard played in many doubles and mixed doubles club championship tennis matches and taught dozens of friends and relatives to water ski.

She was an accomplished pianist and seamstress in her younger years.  Throughout her life, she was an avid gardener and reader and was a member of garden and study clubs in both West Point and Birmingham. She loved working as a volunteer at Grandview Medical Center since its opening and was thankful to its team of physicians and staff who cared for her in her final illness. She inspired her family, friends and medical providers with her graciousness, her courage and her confident faith in her Lord and Savior, Jesus Christ.

Visitation will be held at Bluffton Funeral Services in West Point on Sunday, July 10 from 2 p.m. to 4 p.m. EDT followed by a graveside service at Marseilles Cemetery at 4:30 p.m. EDT.  Memorials may be made to Covenant Presbyterian Church, 65 Old Montgomery Highway, Homewood, Alabama 35209.