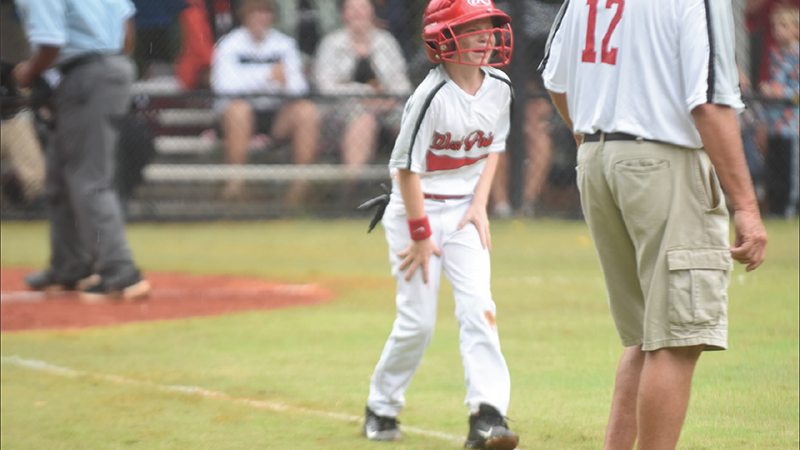 Fighting through pain: Brantley Cagle fights through pain on his way to first base after being hit by a pitch. Photo by Noah Patheja.

The West Point 10-under baseball team played a doubleheader against the Peachtree City National All-Stars Monday night, but they came up short in both games.

West Point had to win one of the two games to play in the district final, which means they were eliminated.

The 10-under team consisted of boys aged eight through ten. They are coached by Steve Cagle.

Cagle’s son, Brantley, is a left fielder for West Point.

Peachtree City will advance to the state tournament in West Point on July 9.

Despite the 10-under team being eliminated, the West Point 11 and 12-year-old team will play the loser of the Peachtree City National and Peachtree City American game.

That game will be held on Wednesday night and will need to win out to make the state tournament.