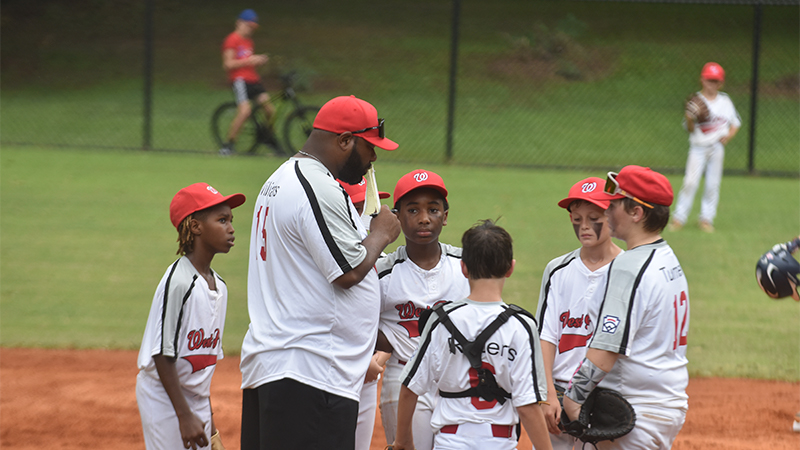 The tournament was a double elimination, and West Point needed to win out if they wanted to qualify for the state tournament in Cartersville.

Peachtree City took an 8-0 lead by the end of the second inning and put up four more runs in the third.

Lawson Williams was the starting pitcher for West Point and is also Franco’s son. He was pulled in the third inning and was replaced by Jayden Posey, who finished out the game.

West Point head coach Franco Williams was pleased with his kids’ effort even though the result wasn’t what they hoped for. Even with a rough game, Williams never lost confidence in his players.

“I just talked to them over and over and let them know we’re still in the ballgame,” Williams said. “Baseball is an up and down game. I told them once we get down, we just chip away at it and come back in the inning.”

The game ended in only three and a half innings due to the little league mercy rule. When a team is down by 10 runs in the fourth inning, they’re required to end the game.

Williams didn’t specify one player who stood out in the tournament, and mentioned it was a team effort.

“They really wanted to play after the regular season,” Williams said. “I didn’t have a kid miss a practice the whole three weeks we practiced.”

Despite not giving a MVP award, Williams did give third baseman Antonio Harper the “unsung hero” award.

“The award isn’t for the most valuable player, it’s for the kid that has the most heart,” Williams said. “When the team is down, he’s going to pick them up. If I take him out, he doesn’t get upset. That’s the kind of kid you want on your team. He kind of picked the whole team up.”

With this being the postseason for West Point, their season is now over, and they won’t play until April of next year.

“We have seven guys coming back next year,” Williams said. “We’re a young team, so you should see us here again.”