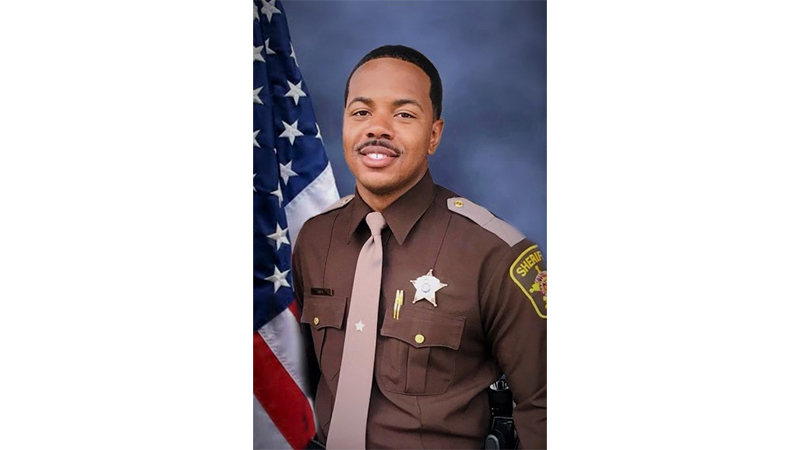 LaFAYETTE — The Captain Jason Fuller Memorial Benefit Group is planning for a big day on Saturday, July 16. They will be having a benefit ride in memory of Officer J’Mar Abel, who was killed in a road accident on June 20. He is thought to have been the first Chambers County deputy to have lost his life while on duty. He was killed when he lost control of his car during a police chase on Chambers County Road 278 between Roanoke and LaGrange. He was assisting the Roanoke Police Department in chasing a suspect when the mishap occurred. Sadly, his death took place on the second anniversary of his being with the Chambers County Sheriff’s Office.

He was only 24 years old and left a fiance who will be giving birth to their child in late August. The couple was raising a four-year-old son named Bryson.

According to ride organizer Candy Miles, the benefit ride will have two purposes.

“We want to set up a trust for Bryson and the child that will be born in August,” she said. “We will also have a portion to help with the birth expenses.”

The fiance, Jasmine, will be giving birth to a girl she plans to name Gianna.

“We take care of our own in Chambers County, and we need to take care of Officer Abel’s family,”  Miles said.

The ride will be for all street-legal vehicles, both motorcycles and cars. Registration will start at 7 a.m. CDT (8 Eastern) on the east side of the Chambers County Courthouse. It costs $20 per vehicle to take part.

The ride will be starting at 11 am. CDT (noon Eastern). It will begin with the lighting of a candle in Abel’s memory. Heading north along US 431, the riders will go past a LaFayette fire truck that will be displaying two large flags, one in memory of Captain Jason Fuller and one for Officer Abel. The flags were made by Norman’s Sign Shop in Lanett.

Leaving LaFayette, the riders will head through Buffalo, Five Points and Stroud before turning right onto CR 278 at Welch. This will lead the entourage past the site where Officer Abel was killed. It’s now marked by a six-foot-tall blue and white metal cross that was made by Ricky Strickland of Strickland’s Auto Repair, West Point. There’s the representation of a gold deputy’s badge at center. Behind the gold star is a cross beam painted blue in honor of law enforcement.

The ride will continue through Hickory Flat and Standing Rock before taking a right on the State Line Road and heading back to LaFayette. The ride will be approximately 42 miles in length.

Miles said the ride will be in tribute to a fallen officer, but the afternoon portion back at the courthouse will be a celebration of life.

“We will have bouncy houses for the children and food vendors such as B.J.’s Butt House and The Little Red Caboose,” she said. “J. Dawg will be deejaying the music.”

People can also help Abel’s wife and children by contributing to an account that has been set up at Farmers & Merchants Bank, both in LaFayette and in Huguley.

T-shirts in memory of Officer Abel will be on sale Saturday on Courthouse Square. Boyd’s Screen Printing of Valley made the shirts.

“The front of the shirt will have Abel’s badge number with a line through it,” Miles said. “On the back of it, there’s a thin blue line for the police flag and it says, ‘Blessed are the peacemakers for they shall be called the children of God.’”

Sheriff Sid Lockhart is encouraging everyone to support Abel’s family through a difficult period they are going through.

“We are a family,” he said. “It hurts when you lose someone, especially a young man at his age. It’s especially tough given that he has a fiance who is eight months pregnant.”

Abel was originally from Munford, Alabama. He started out as a jailer in the summer of 2020. Lockhart said he was the type of individual who would give 100 percent in everything he did. Last year, Lockhart was told that Abel wanted to be a deputy.

“One of the guys at the jail told me they had someone who wanted to be a deputy,” he said. “He told me that I might want to interview him at our next opening. We did, and I was real impressed. We sent him to the Jefferson County Sheriff’s Academy. He graduated, and we put hm on the road.”

Miles said she is considering having two annual rides for the Fuller Benefit Group, one for the Tallapoosa County Girls Ranch in the spring and one for Officer Abel’s family in the fall.