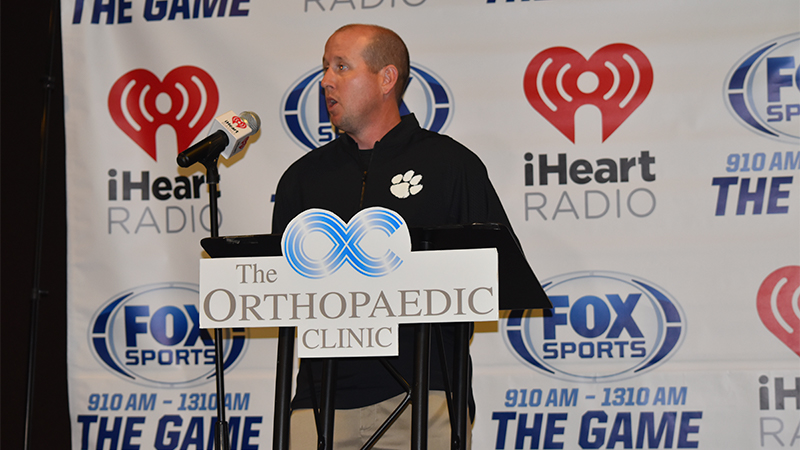 Beulah’s football program is entering its fourth season under head coach Matthew Johnson. The Bobcats haven’t reached the playoffs since 2018, and COVID was a major interruption for them in the past couple years.

Coming off of a two-win season, Beulah is looking to move their way into the playoffs.

“It’s our fourth year, and it’s been a whirlwind,” Johnson said. “We have a new principal, who’s our athletic director. We have a new assistant principal. We changed some things with our coaches. It’s brought a fresh light to our team.”

“I have a junior, a senior and a sophomore here,” Johnson said. “That doesn’t happen too often. It tells you the type of team we have. I’m comfortable bringing different classes to represent our team.”

Johnson mentioned a few of the players he wanted to bring were in Germany for a mission trip.

“That’s the type of kids we have,” Johnson said. “I don’t like anybody to miss practice, but what they’re doing right now is life changing. Hopefully, when they come back, they can change some lives around here.”

Johnson described what it was like to have a football coach as a principal.

Johnson stressed how consistency is a key part of his team this year.

“We’ve had great workouts so far and great leadership,” Johnson said. “That’s what consistent programs do. They show up everyday with the right attitude. That hasn’t happened in the past, but we have a new team and administration.”

Johnson believes his offensive line will be the key position group.

“The offensive line is the anchor for us,” Johnson said. “We have four out of five returning. If we continue to improve on our offensive line play, we’ll be pretty good this year.