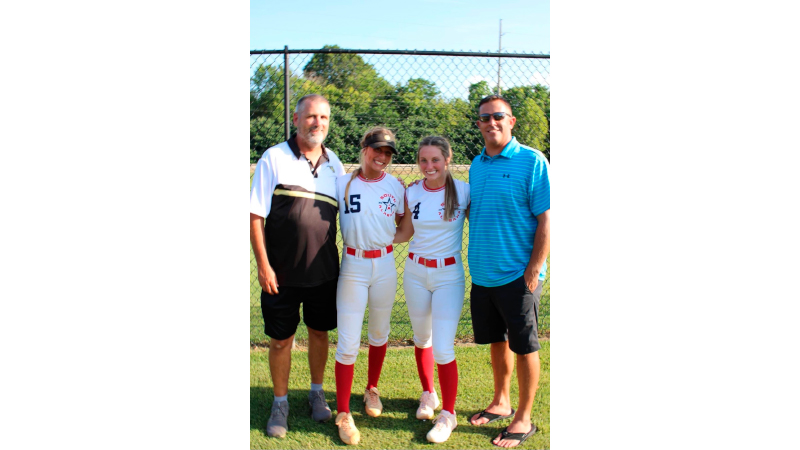 Phillips was the only local athlete to compete in the all-star games this week.

They played two games, and Phillips finished with one run. Phillips described how she got to be a part of the All-Star game.

“During the softball season, I just practiced every single day,” Phillips said. “I worked with the team, and we ended up making it far. The coaches kind of noticed. I guess they all voted me to the All-Star team.”

Phillips didn’t expect to be selected to the team.

“I was honestly surprised. I didn’t know that I was going to make it,” Phillips said. “I was kind of proud and excited that I got to represent my school in this kind of way. No one from the school has ever made it to the All-Star game, so I really loved the feeling of being able to represent the school and meet the players that were standouts from the state.”

The game featured some of the best softball players from the state, so the game was tougher for Phillips than a normal Beulah game.

“It was a challenging game,” Phillips said. “Everyone from the north and the south was really challenging. Being able to play with and against all the talented players from the state was a good experience for me. Playing for coaches from other schools is a different experience from just playing at Beulah.”

Phillips was also able to meet players from other schools during the game.

“During the game, there were a lot of players that I knew, and we got to know each other throughout the day,” Phillips said. “We spent the whole day together. We practiced together. We ate together. We took a small tour around the university together. It stood out to me because we all play on the same level, and we’ll probably see each other at different colleges.”

Phillips was also proud to be the only local athlete to compete during the All-Star week.

Beulah softball coach Stan Pepper is also proud of Brandy for being selected to the All-Star team.

“I had a guy that was on the committee call me up and say, ‘We’re glad we’re putting her on the team because she deserves it,’ and I said, ‘Yes she does,” Pepper said. “I was really proud of her. She’s had an outstanding season and an outstanding career. She could’ve been on the All-Star team the last four years. She’s that type of player.”

As for what Brandy does well, Pepper praised her skillset along with her intangibles.

“First and foremost, she’s a winner,” Pepper said. “She has God-given ability, and she uses that ability in the right ways. She’s very passionate about what she does. She’s a perfectionist. On top of that, she’s a good person. That’s more important than being a good athlete. She’s a good athlete too.”

Phillips plays shortstop for Beulah, and she excels at every part of the game.

“I’ve been coaching her since seventh grade, and in practice, I’ve only gotten four or five balls past her. Fielding is definitely a strength, but she doesn’t have a weakness. She’s a great hit and run batter.”

As for what Phillips has been doing over the summer, she’s playing travel ball for the EA Vipers.

“I go out to the practice field twice a week, and I hung out with friends outside of softball,” Phillips said.

She has some collegiate interest from community colleges from around the area, but Phillips feels the All-Star game helped her garner more interest.

“There were a few colleges that were in the building above the field, and you could see them watching,” Phillips said. “They all have our contact numbers and everything, so it probably has increased my exposure.”