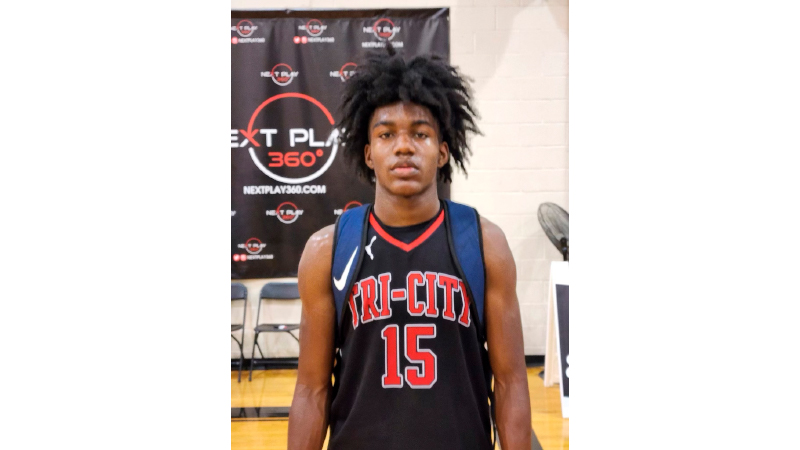 Cam Dooley will be a junior for Valley this year, and he’s a dual-sport athlete who will be a star in both football and basketball.

Football season may be on the horizon, but Dooley has also been putting work on the court with his AAU team, Tri-City Elite.

He was named a top performer at the Southeast Live tournament, and he put up 17 points per game.

“I got a lot of experience,” Dooley said. “A lot of college coaches were there.”

He may be a junior, but a lot of college coaches are starting to take notice of his skills on the hardwood.

“It was a good competition,” Dooley said. “I just played my role. I’m a small forward. There were a lot of college coaches that wanted to talk to me.  Hopefully, I get offers from that.”

Dooley currently has no offers from schools for basketball, but he has one offer for football from Warner University.

Dooley has to find a way to balance his role as quarterback for the Rams along with his basketball career.

“I really want to play basketball, but I am the starting quarterback,” Dooley said. “I have to focus on football too. I work hard in both sports.”

Dooley spent his summer days working on both football and basketball.

“In the morning, I go to football practice,” Dooley said. “I go home and rest my body for a couple hours, and then I go play basketball. After basketball, I go home and lay down and get my body right for the next day.”

One of Dooley’s dream schools is Troy.

“I’ve been texting their assistant coach for basketball,” Dooley said. “I’ve been going to camps and sending my film out. Hopefully Coach Harper sends my film out too.”

Dooley’s AAU coach, James Harvey, also had some positive things to say about him.

“The typical point guard isn’t big enough to guard him. The typical shooting guard or forward isn’t quick enough to guard him,” Harvey said. “That’s what college coaches are starting to see. He doesn’t mind getting dirty and doing stuff that most kids don’t want to do. He excels at a lot of things you can’t teach. At this point it’s about him keeping his grades where they are and staying consistent.”

Dooley was listed as one of the five top performers at the Southeast Live tournament.

“He got a lot of attention from the University of North Alabama,” Harvey said. “Before the event, Troy had been in conversation with him. Cal-State Bakersfield is interested. Middle Tennessee State is also interested.”

Harvey believes North Alabama and Troy could offer him in the near future.

With the AAU season being over, Dooley will shift his focus to football until basketball season starts in the winter. He’ll look to improve his college exposure during his junior year.