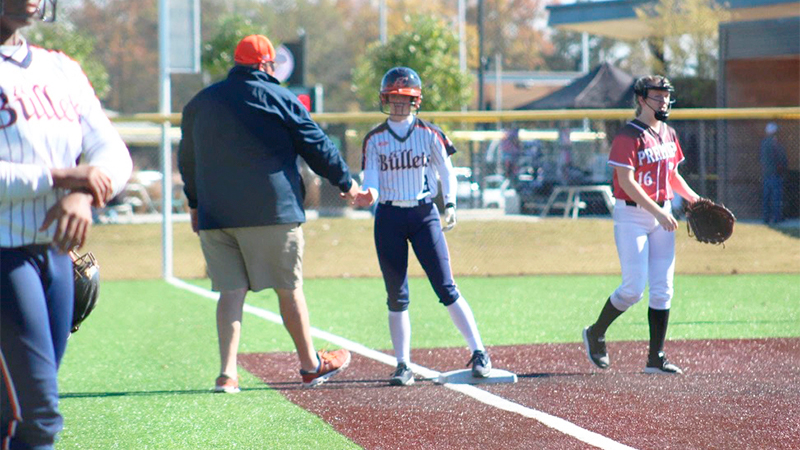 While some Chambers Academy students are enjoying time away from school, some are spending their weekends or full weeks away playing travel softball.

Carley Forbus, a rising senior at Chambers, described what playing travel softball is like over the summer.

“We play mostly on the weekends, but this summer I’ve had two full week tournaments,” Forbus said.

The girls play all over the southeast as well.

“They play in two different age groups,” former softball coach Jeff Hines said. “Carley plays for the EC Bullets, and they’re out of Alex City. Carley will be one of our long returning seniors. “We’ll be looking for a lot of leadership out of Carley. She plays center field. She bats leadoff, and she’s had a good summer.”

As for trying to slit focus between travel softball and summer workouts at Chambers, it gets to be a lot for Forbus.

“Sometimes it’s hard and exhausting,” Forbus said. “We’ll have workouts Monday, Tuesday, and Thursday. I practice on Tuesday and Thursday afternoons, and on Wednesday I have a hitting coach I hit with in the afternoons. I play softball on Friday, Saturday and Sunday, and then I’m back in the gym on Monday.”

Hines is proud of Carley’s work ethic and dedication to Chambers.

“Carley is probably the poster person for one of our girls that works extremely hard,” Hines said. “We have some that do that, but Carley is a leader. We want our young girls to watch how she does things. She’s really good in the classroom, and she has the chance to play at the next level. She may come in Monday morning and look like she’s been through the wringer, but she just grinds through it.”

“I know it’s important because there’s a lot of exposure,” Hines said. “It’s just like anything AAU basketball or club volleyball. It’s all about keeping your skills honed. The classroom is important too because you have to have the grades to play at the next level.”

Hines has decided to focus solely on girls’ basketball as Morgan Pepper will become the new head coach of both the volleyball and softball teams.

As for the future of the softball team, Hines is confident in Pepper’s ability to lead.

“Morgan is more than ready to take over our softball program,” Hines said. “It’s going to be good for our girls. We’re excited about her.”

Chambers will start their softball season in the spring.