City of Lanett recognizes Class of 1961 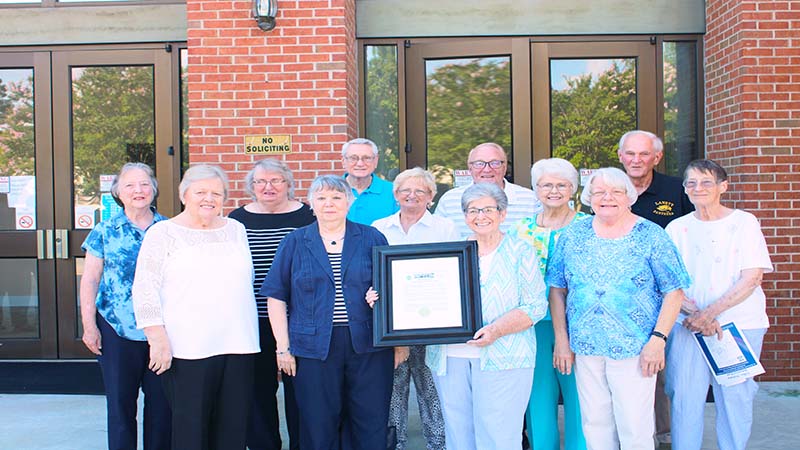 The Lanett High School graduating class of 1961 was honored at the Lanett City Council on Monday. The mayor and council issued a proclamation recognizing their dedication to Lanett and service to the community. Twelve members of the class were present at the city council meeting.

During the proclamation read by Councilman Tony Malone, the city recognized the achievements of several members of the 1961 graduating class.

“Many of this class became dedicated teachers. Several have remained in this community or the surrounding area throughout their teaching careers,” Malone read.

The city presented the class with an official certificate of recognition. Many of the members expressed their thanks for those who came out to show support. After the presentation, several of the council members spoke to the class and thanked them for their attendance. Councilman Ronnie Tucker noted that it was amazing to see as many members of the class in attendance.

“It is good to see so many of you at your age who are still able to get around,” Tucker noted. “I’m serious, we take our health for granted sometimes, but it is good to get around and still be able to do the things that you all do.”

Mayor Jamie Heard also made a light-hearted comment about their celebration.

“Don’t celebrate too much, but if you do, I’ll make sure the police come and help ya’ll out,” Heard joked. “Feel free to come back and visit us again.”

This year marked the class’s 61st anniversary of their graduation.