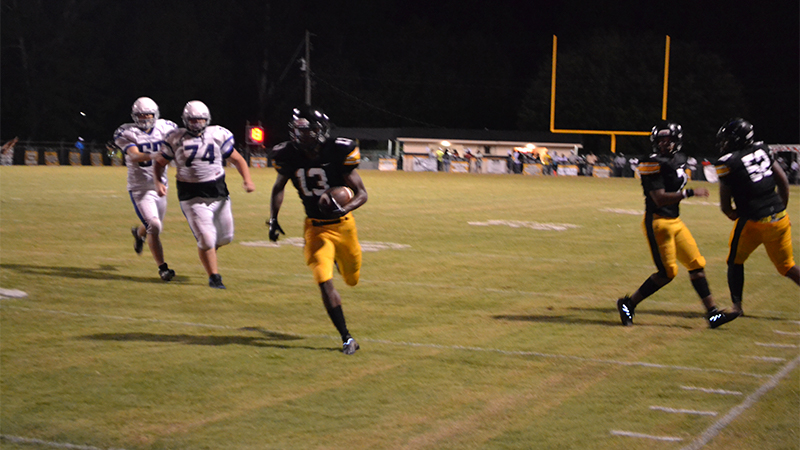 LaFayette defensive back Joshua Combs received an offer from Mississippi State last month, and it’s just one of his many offers.

Combs is a rising senior at LaFayette, and he will play defensive back for whichever school he chooses.

“He’s about 6’1” and 190 [pounds],” LaFayette head coach Juan Williams said. “He’s very fast. He was a part of our state championship team. He plays both sides of the ball for our football team.”

Combs explains what it’s like to receive attention from several schools, including an SEC school.

“It’s a really good feeling,” Combs said. “Now, I can be a leader for my team and give colleges more interest.”

Combs explained where he wants to play.

“I want to play at a big SEC school, but I haven’t even made my mind up yet,” Combs said.

As for gaining more offers over the season, Combs knows he just has to work.

“I just have to work on the off days,” Combs said. “It’s just working and getting better. That’s it.”

Combs wants to play cornerback in college, and he believes his speed will be what helps college teams the most.

Combs will visit Mississippi State on July 29 and will make a decision toward the middle of the season.