Kristian Story looks for a bigger role at Alabama 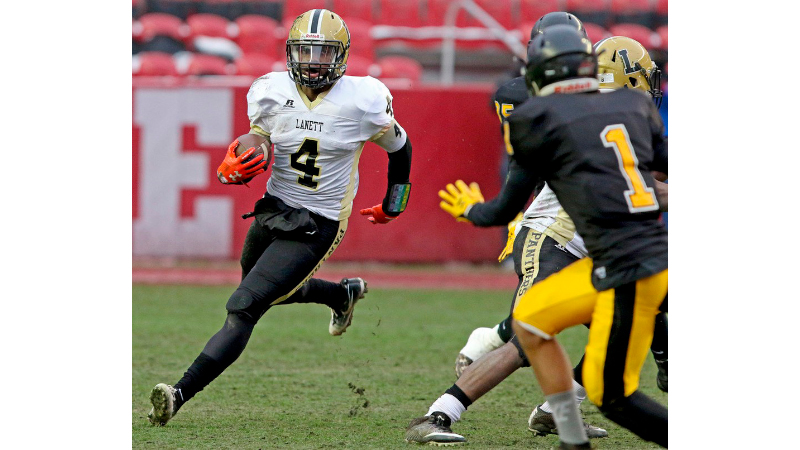 Kristian Story is beginning his third year at Alabama, and he’s hoping to fight for more playing time this season.

In his freshman year he redshirted, but he also got to be a part of the national championship team in 2020. Last year, he saw action in 12 games. This year, he’ll be challenging Jordan Battle for the starting spot at strong safety.

“Up until this point I feel like I’ve learned a lot of the ins and outs of the way college football goes and the work you have to put into it to get what you want in the end,” Story said.

Story was also a key part in Alabama’s A-Day, which is their spring game.

“It was the first A-Day we had at full capacity,” Story said. “It was a great experience being in front of all of our fans.”

Even though Story hasn’t started yet, he never thought about leaving the program to chase more playing time.

“I never thought about that,” Story said. “I just try to focus on myself.”

In his freshman year, Story got to experience being a part of a national championship team.

“That was one of the best feelings I’ve ever had in my life,” Story said. “It was at the best university in the nation that I always dreamed of playing for. It was a dream come true.”

Story isn’t worried about starting this year, he just wants to keep improving.

“I want to continue working on myself,” Story said. “I want to get in the lineup and make plays and do what I need to do to help my team win another championship.”

Even though Story is fighting Jordan Battle for the starting safety spot, he doesn’t feel like it affects their relationship.

“We just let it play out and help each other whenever we need it,” Story said. “We still hang out with each other all the time.”

One of the biggest challenges Story faces is the pure toughness of playing for a team like Alabama.

“It’s tough. We grind every day. I’m sure many other schools do, but the way we do it is just different,” Story said.

Story also has a ton of respect for his head coach, Nick Saban.

“He’s the GOAT,” Story said. “Being with him every day, I see why he’s the head coach.”

Story also described what it’s like playing at Alabama compared to Lanett.

“There are some similarities and differences,” Story said. “I would say at Lanett, we were the Alabama of 2A football. It’s also different because of the magnitude of the things you’re doing.”

Story also was proud of being the first Mr. Football of Alabama from Lanett.

“It felt really good because I know there hadn’t been another 1A player who won it since 30 or 40 years before,” Story said. “For me to win it felt good. Even though I went to a small school I can still get the recognition I deserve.”

As for his little brother Caden, Story is proud of him playing at Clemson.

“I’m extremely proud of him,” Story said. “That’s where he’s always wanted to go, and to see him fulfill his dreams I’m just so proud of him.”

Story also isn’t sure what his future holds beyond Alabama, but he still has three years of college eligibility left.