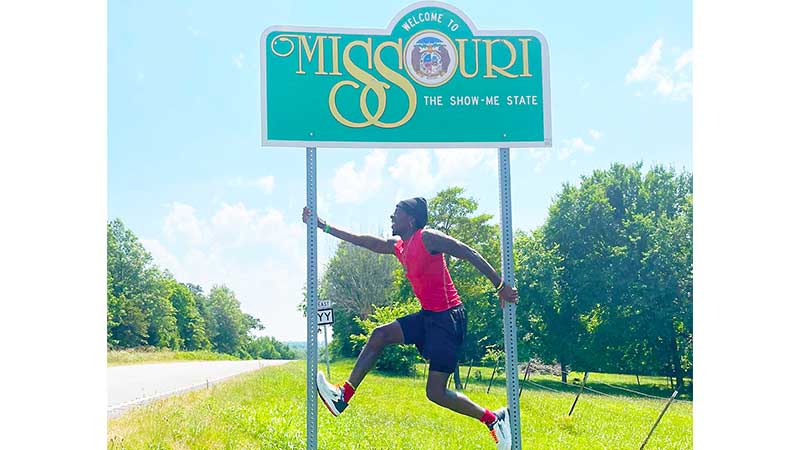 From coast to coast, one LaFayette-raised man is walking from California to Florida in order to raise awareness for mental health. Sylvester Williams is a 27-year old man who, after facing a number of trials in his personal life, decided to take the message of “mental health matters” across the country.

While technically raised in Opelika, Williams discussed how he spent a majority of his afternoons at his grandmother’s house in Lafayette.

“Everyday after school, [my mom] would bring me up to LaFayette to my grandmother, so I spent a lot of time in that area,” he said.

When Williams was just 17, he said he made the mistake of getting involved in an armed robbery which led to him to serve 10 years in prison. Williams discussed how, when he got out of prison, he felt as though he had been labeled and written off as an ex-convict. Determined to change his perspective, Williams said that he would not let a bad decision he made when he was young define him.

“My past does not define me, and I love when people know my story. It lets people see where I came from, and now they can see where I am going,” Williams said.

While in prison, a good friend of Williams took her own life after fighting a battle with severe depression. According to Williams, she was the kind of person who “always smiled, and who you would have never known to have been facing depression.”

Determined to help others going through the same situation, Williams sought to raise awareness through something that always helped his own mental state: going for a walk.

“Once I got out of prison, I decided I have got to do something. I need to do something big because mental health is something we talk about, but not enough actions are done behind it,” he said.

Williams said that he took inspiration to walk across the country from the 2020 journey of Huntsville-native Terry Willis, who walked from his hometown to Minneapolis in response to police brutality and the killing of George Floyd.

“When I was in prison, I saw what [Willis] did, and I thought about it a lot,” Williams said. “It raised a lot of people’s eyebrows, so I thought I could raise some eyebrows by doing something similar.”

Williams started his walk on May 1 in Los Angeles, California and he has walked eight to 11 hours a day. He constantly encourages others on social media to never give up and keep going.

“Mental health is such a silent fight that a lot of people don’t understand,” Williams said. “I want to tell everyone that it is OK not to be OK and no matter what, remember that you are not alone.”

So far, Williams has walked over 1500 miles and is currently in Pineville, Missouri.