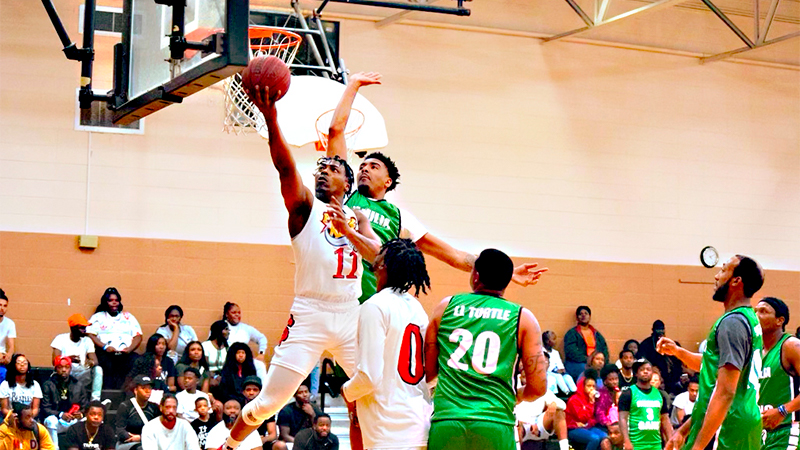 The Lanett Recreation Department has been holding a basketball league to raise money for kids, but it’s finally in the postseason.

Trent McCants, the Lanett Recreation Director, has been focusing on turning the Recreation Center into more of a Community center. The basketball league is a way to raise money so kids can enjoy things like the community pool and other youth sports for free.

“We’re doing pretty good this year,” McCants said. “The first year we did it, we had maybe seven teams. This year, we had 15 teams. They’re very competitive. We have ex-local greats playing. We have semi-pro players and retired pro players. Depending on who plays, we have maybe four or five hundred people who see us play.”

The league charges three dollars for adults and one dollar for kids to watch the games to raise money. They also charge the players to participate in the league.

“It’s fun for the community to get involved,” McCants said. “We have vendors. Anytime we need anything, people donate. We opened up our pool recently, and we have people like John Radford, who raised 500 dollars for kids to swim this summer. They don’t have to pay to swim this summer.”

McCants feels like doing good is more important than making money for the Recreation Department.

“I think in the past, we were a recreation department that dealt with kids only,” McCants said. “Now we’re trying to become more of a community center. We’re getting young adults involved. We have people volunteering to be coaches and clean up. The mayor supports us. The council supports us.”

“I try to raise money through the adults playing to get in and through the entrance fees,” McCants said. “We reached that goal last year, and we should reach it again this year.”

“We’re now down to our elite eight, and they’re probably going to be the best eight teams,” McCants said. “We’re taking this weekend off, and they’re upset about it. We just need a break.”

The league will resume the next weekend with the elite eight matchups. They only play on Sunday after church.