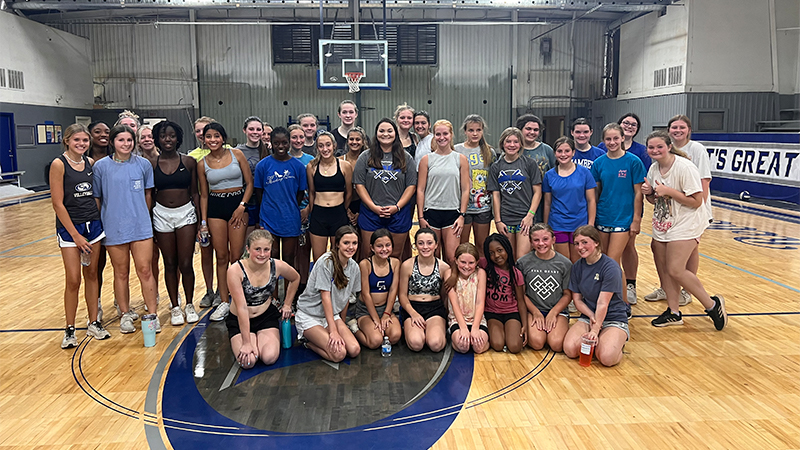 Chambers Academy announced on Monday that Morgan Pepper will become the new head coach of the volleyball program. Morgan is the daughter of current Beulah softball coach, Stan Pepper.

Pepper hasn’t spent much time with the team yet, and she’s currently working another job during the summer. During the summer, Chambers girls basketball coach Jeff Hines has led summer workouts for the girls.

Pepper may be entering her first job as a volleyball coach, but she has ties to Chambers Academy. Pepper coached tennis at Springwood during the spring, but the season was cut short.

“My dad started out here way back in the 90s before I was born,” Pepper said. “I found out they were hiring, and I submitted my application. I knew about the atmosphere and how it’s a family oriented place. I had my first interview with them in May. They called me back and offered me the job. I’m so grateful and excited to be here.”

Stan Pepper was a large influence on Morgan becoming a coach.

“As a coach’s daughter, I’ve been around sports my entire life,” Pepper said. “I always loved going to games. I grew up playing sports, and I played softball for my dad at Beulah.”

Pepper also went into coaching to make an impact.

“I’ve always seen how much of an impact you can make on somebody’s life by not only being their coach but being their mentor,” Pepper said. “I want to be a great mentor to these ladies, and I want to be somebody that they can come to with anything and be a positive role model for them.”

Chambers has so many girls playing volleyball that they have to hold tryouts. The tryouts were originally going to be held in the spring, but they will have to delay them until July. Chambers will most likely have an A team and a B team due to the amount of girls playing.

“They seem like a great group of girls, and they’re really dedicated,” Pepper said. “They’re doing a bunch of workouts that I would probably cry if I had to do today. They don’t complain. They push through it, and they encourage one another. You don’t get that at a lot of places, but here you do.”

Chambers will have a week off next week, then will start official practices on July 21. They will have a month of practice before they begin their season on August 18.