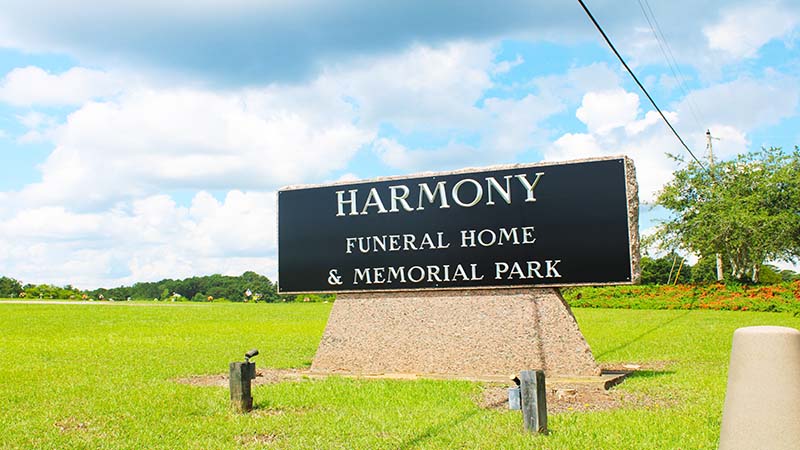 The cemetery previously known as Resthaven has been completely rebranded by its new owners. Now known as Harmony Funeral Home and Memorial Garden, the cemetery has gone under a major revitalization, with more renovations on the way in the coming weeks.

Before the rebranding, Resthaven was perceived very negatively by the community due to its lack of upkeep. Multiple residents of the area expressed their distaste for the cemetery in a private Facebook group known as “Resthaven Hell.” The group currently has over 350 members.

The new owner and managing partner, Kenneth Douglas, hopes that they will be able to change this perception.

“Nothing positive was ever associated with Resthaven. Before we took ownership of the property, it was overgrown, you couldn’t see half of the headstones and the building was in disrepair,” Douglas said. “We are hoping to completely change how people see the cemetery and give the citizens of Chambers County what they want and deserve.”

So far, the new leadership has worked to clear out brush and cut the grass, revitalize the garden statues, fix the mausoleum and resurface the parking lot. They still plan on repaving the roads throughout the cemetery and redoing the interior to operate as a full-service funeral home. Furthermore, Douglas noted that they were clearing out more land to expand the cemetery for new graves.

“We are doing a lot to show that Harmony plans to rebrand and grow,” Douglas said. “So far, I have not heard a single negative comment from citizens about the work we are doing.”

While there is still a lot of work left to do, Douglas is confident that Harmony will become a cemetery and funeral home that people will want to lay their loved ones to rest.

“I knew this would be a challenge when I took it on, but I am fully confident that we will be able to change this property into something good for the citizens. We will prove that,” he said.

Currently, it is expected that Harmony Funeral Home and Memorial Garden will have its official grand opening in mid to late August.