Springwood plans to upgrade athletic facilities before the fall 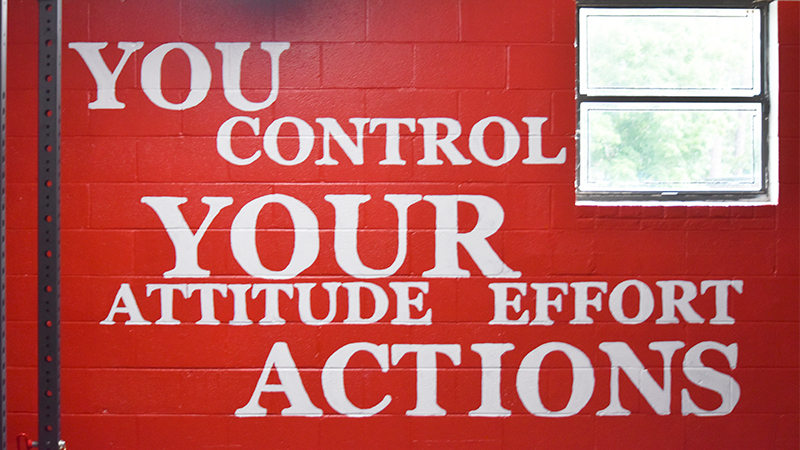 Springwood School is upgrading a couple of athletic facilities to provide new opportunities for their athletes.

They started working on their weight room back in April and will complete it in the near future. The school is also completely renovating their dressing room to create more space and add some lockers. Demolition started on Tuesday, and the dressing room will be finished in a few weeks.

These renovations have been in the plans for awhile, but new Athletic Director Joey Burch decided not to delay it anymore.

“I’ve only been here a year, but for the last three or four years, people have said these things are needed,” Burch said. “Our parents and kids probably got frustrated because they were told they were getting a new weight room and a new dressing room and all these things.”

“It’s one of the nicest that any school of our size would have anywhere,” Burch said. “We have a great wide open space now where we can train all our athletes. It’s been a great investment.”

The weight room wasn’t functional until the end of this past school year. As for the old equipment, Burch is trying to sell it instead of scrapping it.

“We’re probably going to add a few more training devices,” Burch said. “We have a little bit of flooring left to complete. We’re hopefully going to get some refrigerator crates that we can put our protein drinks in. Most schools have that already.”

As for the dressing room, Burch is personally overseeing the demolition.

“We’re opening that space up so we can talk to our team in there,” Burch said. “We’re going to paint it up and put a new floor down. We hope to finish it in three weeks.”

As for the cost, Burch only knows a few expenses.

“The cost is blood, sweat and tears. There’s a lot of it,” Burch said. “A couple of our assistant coaches and players and our maintenance man jumped in and helped us just move and clean and all that. The new lockers will run about $13,000 or $14,000 dollars. All total it will probably be $30,000. That’s cheap considering we’re going to do a lot of the labor and cleaning and painting and demo work.”

The students are excited to see that these facilities are finally being upgraded.

“The kids are excited about it because it’s something new they can be proud of but also because they were told they were going to get something, and it’s actually happening,” Burch said. “We have to win their trust back. The kids are excited about the changes, and they’ve been working hard. You’re not going to take pride in something that’s not very nice. We want to give them these nice things so they can be proud.”

Burch even referenced Primetime in his philosophy.

“Like Deion Sanders said, ‘You look good, you feel good. You feel good, you play good,” Burch said. “We want them to feel good about it, so they’ll go out and play well.”