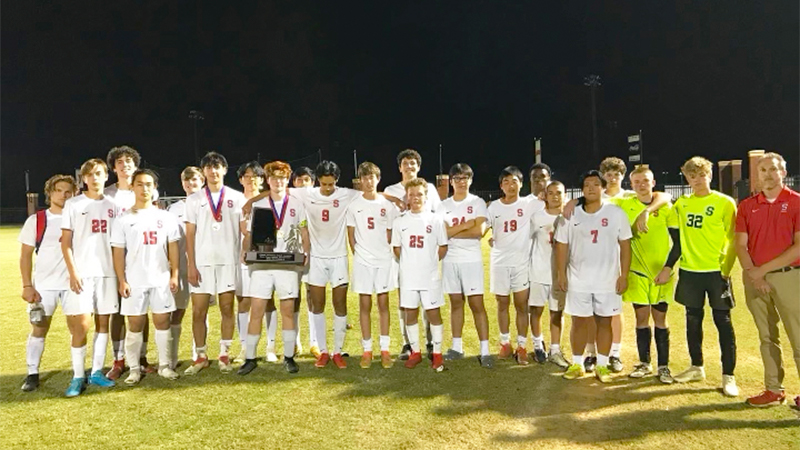 Springwood’s boy’s soccer team isn’t able to have any official team practices until January, but the players are able to play for club teams in cities like Opelika and LaGrange.

According to AISA rules, Springwood cannot have any team soccer activities until November, when they can hold two days of tryouts.

“A lot of the guys play in the summer and fall for different travel teams,” Lanier said. “It’s really good to keep them on the ball and in shape. This is the most we’ve had playing travel ball, and I think that’s just because of excitement around the program. Guys really want to take that next step and win a championship.”

Springwood has 10 soccer players playing travel ball. Not all of the players are starters on the varsity team.

The players haven’t started the travel ball season, but they’re practicing for the season in the fall.

The boys may be playing travel ball in the fall, but Lanier doesn’t think it will interfere too much with academics.

“That’s tough to go to school all day then practice and games and travel,” Lanier said. “Some of the games are in Birmingham and Huntsville, but most of the games are on the weekends. Some of the guys play football in the fall, but a lot of them have been doing it, so they got into a routine.”

Lanier thinks this is good for his boys, and they aren’t against it either.

“I don’t even have to motivate them much,” Lanier said. “They’re self motivated to do better. We didn’t even have a conversation about it this year. All these guys just wanted to do it. That’s great to have because sometimes you have your season, and nobody touches the ball until next year. That hasn’t been an issue. Guys continue to want to stay in shape and get better.”

Lanier also encourages his players to play other sports to stay in shape.

“I know it’s not soccer, but some of the movements of football and basketball transfer,” Lanier said. “As long as they’re not sitting there for six months until you touch a ball again. Some of them do cross country in the fall to stay in shape. At a lot of the bigger schools, kids just play one sport. One of the cool things about Springwood is kids are able to play multiple sports.”

Springwood’s soccer team will look to win a state title after finishing as runner-up this past year.