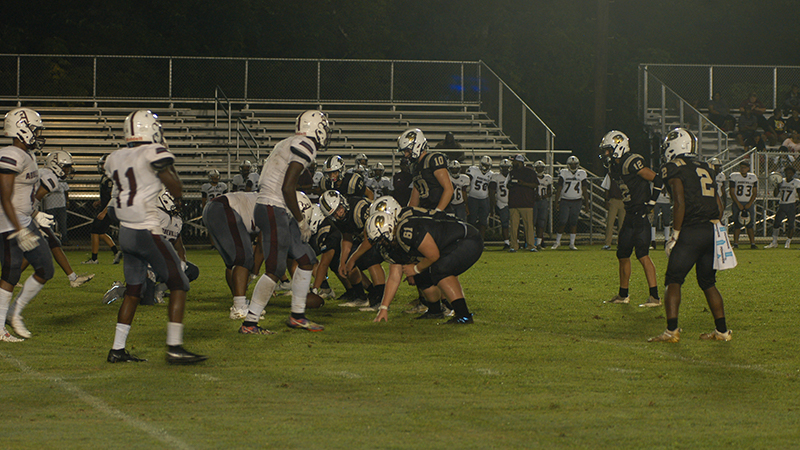 The team is very young this year and has a lot of growing up to do. There’s only four seniors on the team.

They hurt themselves with untimely penalties and four first half fumbles. They finished the game with seven total turnovers.

The Bobcats had some first half opportunities to take the early lead, but let them get away. After falling behind 7-0, they had a great chance to tie it up it up before intermission. Turnovers down deep led to their undoing. The visiting Yellow Jackets led 14-0 on an 80-yard touchdown pass and a 70-yard run with a fumble.

The long scoring pass came after Beulah couldn’t punch it in after having the ball first and ten on the 11. A penalty backed them up and they fumbled the ball away on the next play, Abbeville took over on the 20, and it didn’t take them long to score.. They got the game’s first points on a beautifully executed TD pass down the left sideline on the very next play.

Down 7-0, the Bobcats again maneuvered into the red zone and were in great position to tie the game before quarterback Noah Higdon was hit while attempting a pass, fumbled with an Abbeville player picking up the ball and running it back 70 yard for their second score.

The visitors added two more second half scores to win going away.

Beulah finished the game with 85 rushing yards and 95 passing yards.

The Bobcats will be taking on Loachapoka next week.