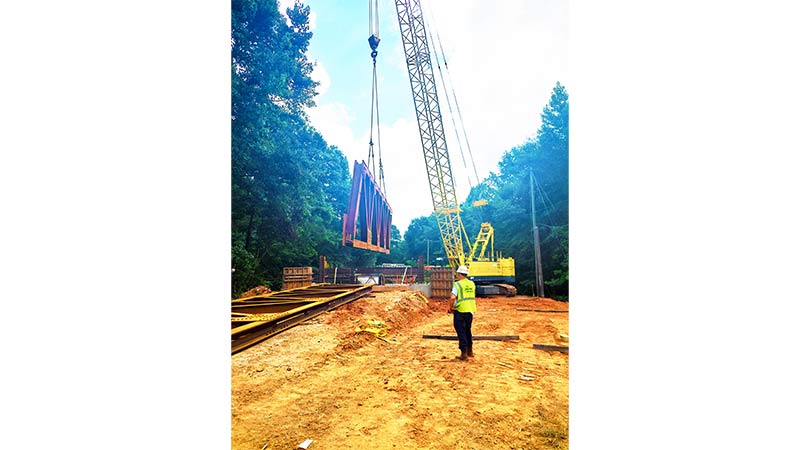 Several infrastructure projects regarding roads and bridges have made significant progress throughout Chambers County. These projects come as part of Chambers County’s 10-year transportation plan, which was originally drafted in 2015.

Currently, the two biggest projects in Chambers County include the widening of Phillip’s Road/Cusseta Road intersection and the construction of a new bridge in Waverly. In regards to the Phillips Road project, Chambers County Engineer Josh Harvill said that the county is currently in the process of putting in the storm drains and that he is hopeful that the contractors will be able to start the first round of paving in the next two weeks.

“It has been and still continues to be a big county project,” Harvill noted. “While our original goal was to get the Phillips Road project done by the end of this year, it may be longer than we anticipated as we ran into some delays.”

In addition to these two projects, there are also several smaller improvements that are being made to roads across the county. The repaving of Hopewell Road is expected to start in the next three to four weeks. Furthermore, County Road 268 in the Standing Rock Community has had numerous pipes replaced in preparation for paving in September and both County Road 290 and County Road 173 are expected to be repaved by Labor Day. It is also anticipated that the County Road 455 in Pine Hill Estates will be resurfaced by Labor Day, however no work has been started on that project.

Harvill said that in all of his time as county engineer, the county has never had so many projects going on at the same time.

“This is as much as we have had under construction at one time since I have been here, which is exciting,” Harvill said.

He also noted that although the recent pandemic and market inflation have made projects more challenging to complete, several federal and state transportation grants became available in the past few years, ultimately making now the best time to work on these much needed improvements. Currently, the estimated cost for all of the above county projects is approximately $7.54 million.

“We are in a unique timeframe where there is a lot of money for infrastructure improvements, but not a lot of people in the labor force,” Harvill said. “That, along with the increased price for materials and several supply chain issues, has made these projects a bit more challenging.”

Despite this, Harvill said that the county is doing what it can to reduce expenses, and that he was appreciative of the work that had been done by the contractors.