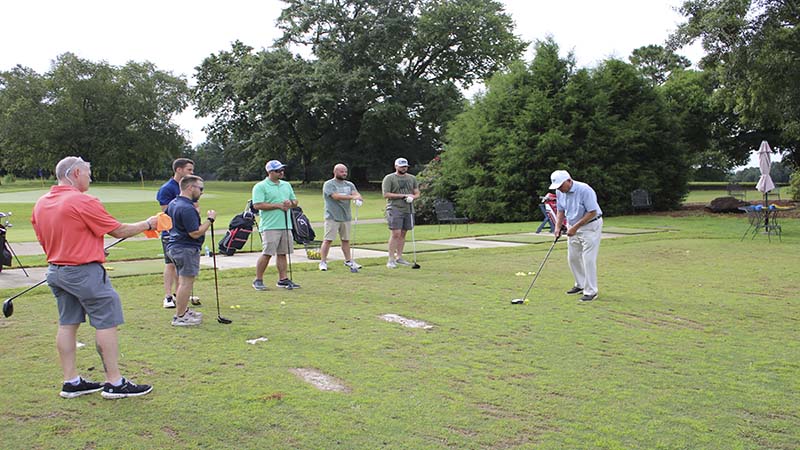 Charlie Vincent, golf professional and instructor at Point University Golf Club held a golf clinic for local police officers and firemen on Thursday. In attendance were two firemen from the Lanett fire department and six police officers from the Valley police department. 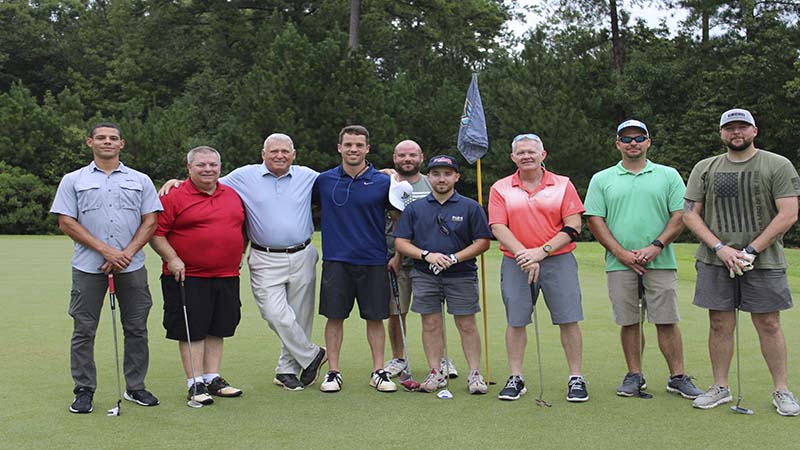 During the event, Vincent worked with the officers to teach them a variety of golfing techniques and strategies, such as swing movement, driving, choosing the correct club and chipping the ball. After receiving instruction, the officers took to the golf course for a 1-hole four-man scramble.

While education was a big part of the event, Vincent said that his primary goal for the event was to give the officers an outlet to do something fun.

“Every day these guys are putting their lives on the line, and sometimes they need a break,” Vincent said. “I want to thank them for their service and give them a way to relax and have fun while learning a game that they can keep playing through the rest of their lives.”

“Without the support of both the university and the golf club, I would not have been able to put on this event for these guys,”  Vincent said.

While this is the first time that Vincent has hosted a clinic for officers of the Greater Valley area, he has previously worked with officers in LaGrange. He noted that he plans to hold this event every year from now on.

“These guys need a break and this is a good way for them to learn golf while having a good time,” Vincent said. “We may only have had eight this time, but I want to keep doing this. Next year, I hope that thirty or more will attend.”