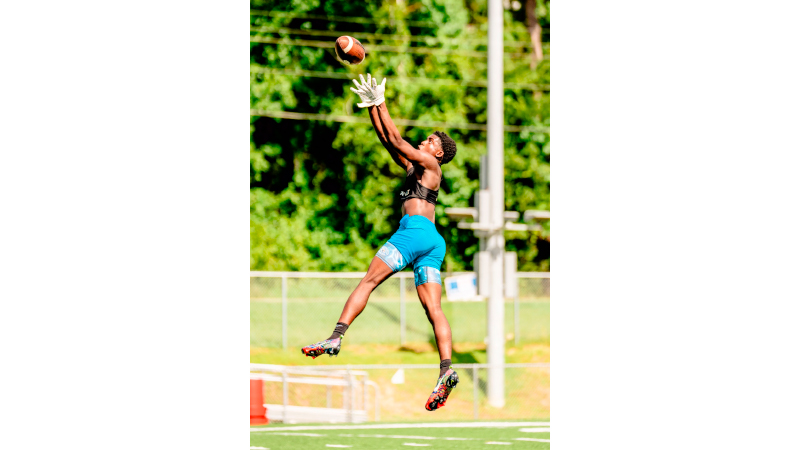 Valley defensive back Jay Harper received his first offer from the University of Alabama at Birmingham on Saturday.

Harper is a junior who will look to receive more offers once the season begins next week.

“I went to their camp this summer, and I had a good showing,” Harper said. “The coaching staff liked me, so they ended up offering me.”

Harper has been in contact with the UAB coaches since he received his offer.

“They’ve been keeping in touch with me,” Harper said.

Harper went to the UAB camp in June, and it resulted in his first collegiate offer.

The Blazers are recruiting him to play defensive back as well. As for gaining more attention from colleges, Harper has been attending several camps where coaches can see his skills.

Harper is receiving attention from other division one schools, including Vanderbilt, Mississippi State, Kentucky and Southern Mississippi.

This season, Harper is working on improving his skills.

“I’m just focusing on getting better and being a great teammate,” Harper said.

He’s also excited to get out on the field in the coming weeks.

“I’m looking forward to playing with my brothers and winning some games,” Harper said.

Harper is in a situation where his father, Marshon, also happens to be the defensive coordinator for Valley. Marshon also had some positive things to say about his son.

Jay believes the best part of his game is his football IQ.

“I think I have a good knowledge of the game,” Jay said. “I understand the concepts and what the quarterback is going to do. I’m more of a ball hawk, but I can tackle too.”

“It’s been a great experience, and I’m learning a lot of stuff at camps I can bring back to the team,” Jay said.

Marshon will also look for more from him this season.

“I’m just really proud of him,” Marshon said. “He’s just going to continue to work, and he’s going to be a good teammate. We’re going to have an exciting season this year.”

Valley will begin their season on the road against Handley on Aug. 19.