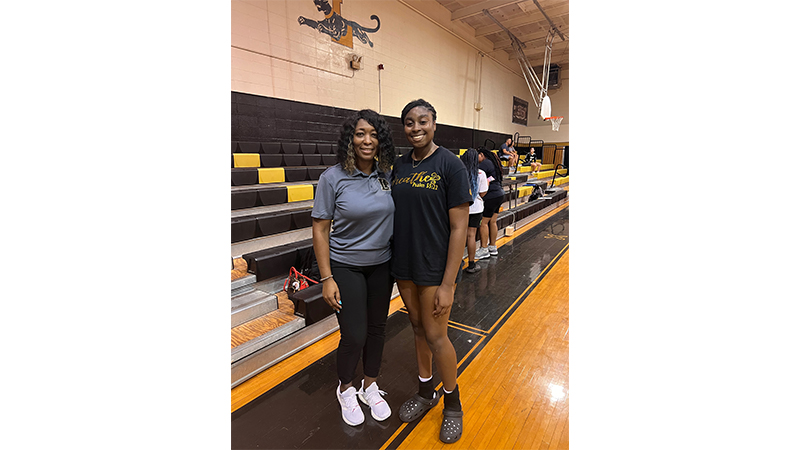 The Lanett varsity volleyball team played their season opener against the Beulah Bobcats on Tuesday night.

The Panthers ended up winning 3-1, but before the game, the team decided to release balloons to remember former assistant coach Kawana Tucker, who passed away last month.

The team refers to her as “KW.” For Lanett head coach Krisse Story, it’s been difficult to play volleyball after a sudden passing.

“We wanted to do something to honor her because she was such an integral part of not only volleyball but Lanett Athletics,” Story said.

The team has also been wearing shirts that say “breathe” on them and has Psalm 55:22 on it.

“Pastor Lateka Spencer of Destiny Harvest Church was the first local pastor to reach out to us when coach KW passed,” Story said.

“She covered us in prayer. She spoke to the players. We were really grieving, and so she said the Lord spoke to her to get these breathe shirts. Kawana was a speaker at her breathe conference last year. We didn’t understand the weight or significance breathe would have. She was telling us we need to breathe to make it through this. She got the girls those shirts in Lanett colors to honor coach KW.”

Spencer led the group in prayer before the players, coaches and community members released the balloons into the air.

Lanett played a close game against Beulah with the Panthers losing the first game 25-17.

The Panthers went on to win three straight games to beat Beulah for the first time in Story’s ten seasons as head coach.

The Panthers are now 2-0 after defeating the LaFayette Bulldogs last week. They will play Valley on Thursday.