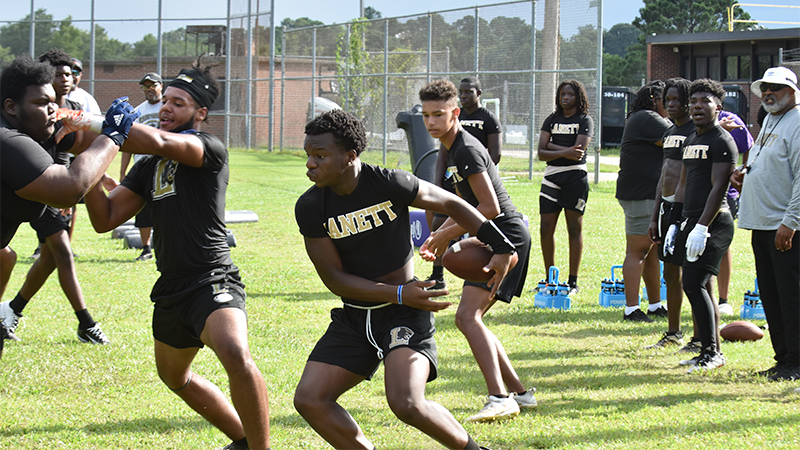 The Lanett Panthers are coming off of yet another 10-plus win season, but they’ll have a lot of work to do in fall camp.

They began practice on Monday but won’t be in full pads until Wednesday.

All schools in Alabama are starting fall practice this week, but Lanett is one of the teams who will be dealing with youth at several positions, especially on the offensive line.

Fall practice will be an important measuring tool for Story, who is one win away from breaking Dan Washburn’s record for the most wins in school history.

“Our main focus is to get the kids mentally tough,” Story said. “We want to continue to compete and build our offensive line. Those guys are eager to learn, and they work extremely hard. Coach White is doing a great job with them.”

Lanett hasn’t been able to practice in pads or helmets because they’re waiting on the equipment to arrive.

Once they’re in pads, Story will get to see who his toughest players are.

Story is pleased with Marcus White’s handling of the offensive line since his arrival.

“He’s trying to get a good pecking order,” Story said. “He’s beginning to build a lot of continuity with those guys. They’re working, and that’s all I can ask for.”

Story is dealing with competition at every position.

“We’re always competing all day every day,” Story said. “Every position is in competition. Nothing is solidified yet. We compete all the way until the first game.”

Story will look to prepare his team for week zero when the Panthers play Notasulga Aug. 20 at Morgan-Washburn Stadium.