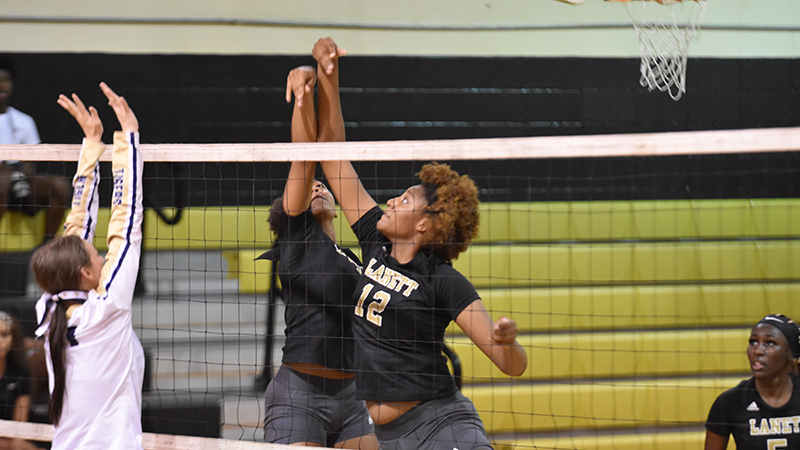 The Lanett varsity volleyball team defeated Randolph County 3-0 on Tuesday to advance to 4-0 on the season.

Krisse Story has been coaching Lanett volleyball for 10 years, but she’s impressed with her team this year through the first month of the season.

“We’re going to ask the girls to bring that same consistency, tenacity and work ethic they’ve had since the start of the summer,” Story said.

“They’ve been working since the spring, and I’ve been asking them to build on that. Each match we have to get better.”

Story doesn’t want her team to get complacent despite the impressive start to the season.

“We were a little sloppy tonight,” Story said.

One area of difficulty for Lanett is finding out where their weaknesses are when as they win.

“It’s a little bit tougher because the girls see it as we’re winning, but we’re going to face tougher competition,” Story said.

“In May, we set out to win the area championship. We’ve never done that before. Somebody else may think that’s small but to us it’s a big feat. If we’re going to win an area championship, we’re going to have to keep getting better. We want to go to Montgomery and play more than one game. We’ve been to super regionals, but we want to play more than one game. We’re winning, but we have work to do.”

Story was very pleased with her team’s blocking in their win over Randolph County.

“I was very impressed with our blocking,” Story said. “That’s one of our strongest areas.”

The Panthers will have a week-long break before their next game, but that doesn’t mean the team will stop practicing.

The Panthers will play Randolph County again on Sept. 8 on the road.