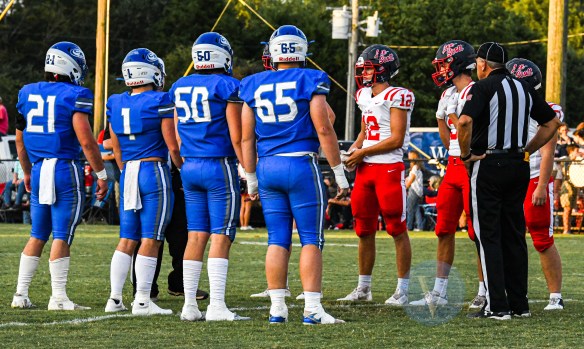 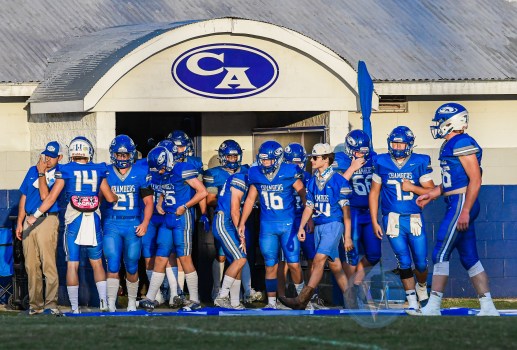 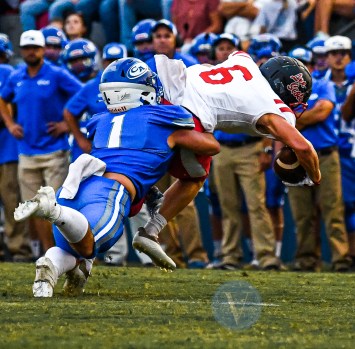 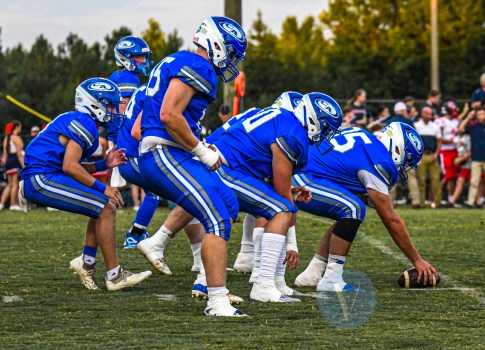 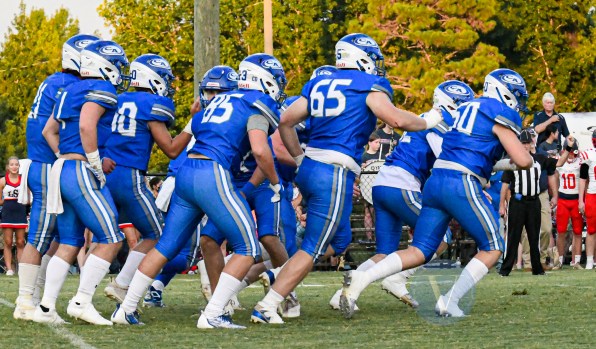 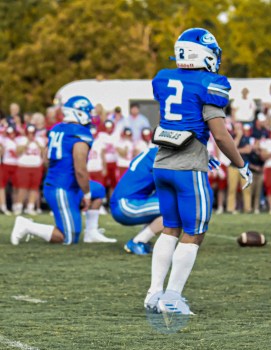 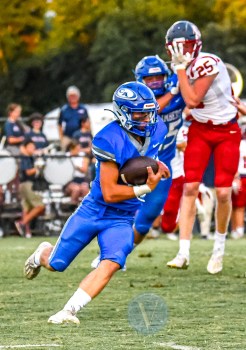 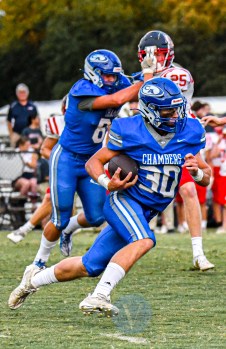 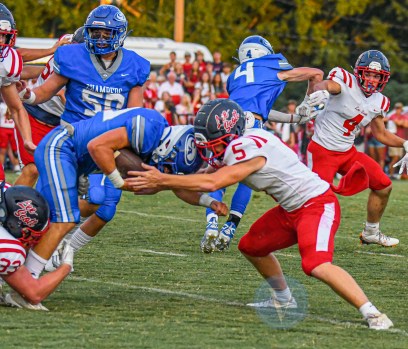 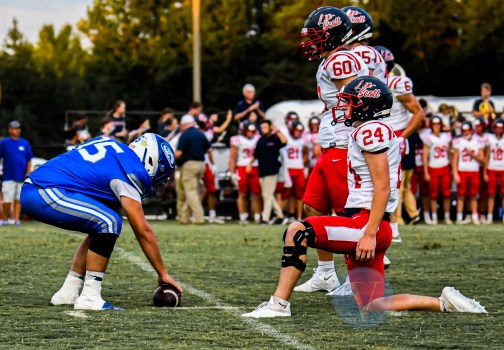 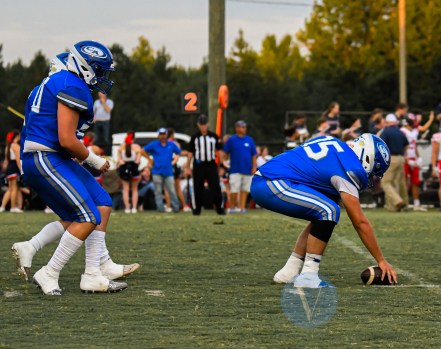 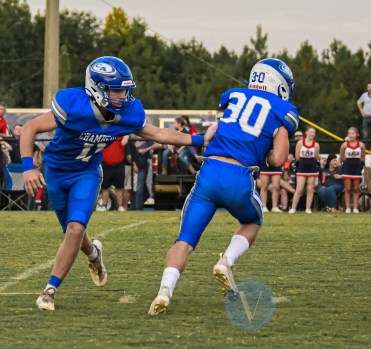 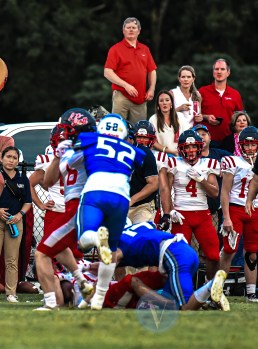 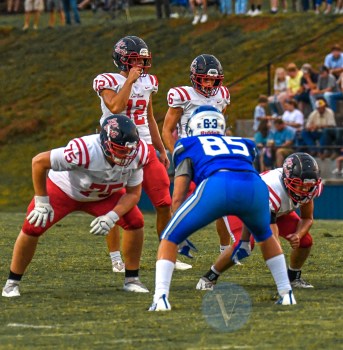 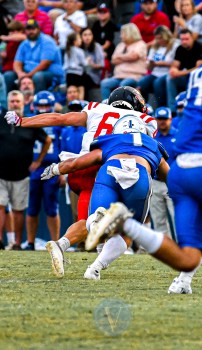 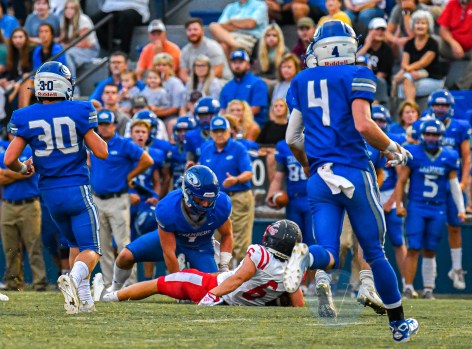 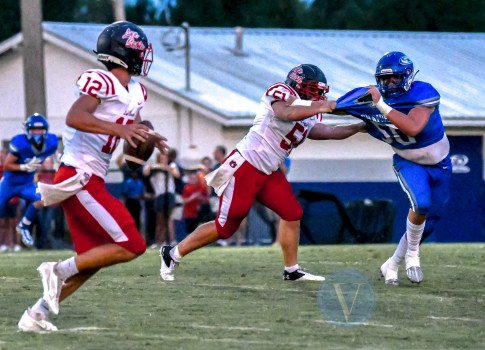 In their season opener Thursday night, the No. 4 ranked Chambers Academy Rebels were shocked by the Lee-Scott Warriors 33-0 at home.

Losing, especially in a blowout, is not the norm for the Rebels, one of the most dominant AISA teams in the state over the last decade.

“We got our butt whooped,” Chambers Academy head coach Jason Allen said. “They were the better team tonight by far. We didn’t do the things we’ve done over the years. We weren’t disciplined defensively. When we played things right, I thought we did OK. We would have a bust and a breakdown then give up a huge play.”

Chambers Academy struggled with only 126 yards of offense. Fullback Gavin Kight was responsible for 89 of those yards.

The game started with a possession by the Rebels that ended with Chambers Academy failing to convert on fourth down in its own territory. This gave Lee-Scott good field position, which led to the Warriors scoring early in the first quarter. However, the Warriors missed the extra point, so the score was 6-0.

On Chambers’ next drive, the Rebels went three-and-out and gave the ball back to Lee-Scott. This led to Lee-Scott driving down the field to get a field goal and making it 9-0.

The Rebels struggled to get going offensively as quarterback Kole Baker threw an interception on their third drive.

Lee Scott drove down the field again but stalled and settled for a field goal to make it 12-0 with 5:37 left in the second quarter.

The Rebels started to see some offensive production as Kight came up with a huge pass on their next drive. However, they were forced to punt.

Lee-Scott attempted two deep passes toward the end of the second quarter, but they ran a halfback draw play on third and long, which resulted in a 62-yard rushing touchdown to make it 19-0 Lee-Scott.

The Rebels turned it over on downs on their last drive of the half and went into the locker room down 19-0.

“I thought we were in it until they scored that third touchdown late in the second quarter,” Allen said. “Offensively, we couldn’t get anything going. That was disappointing, so we’ll just go back and reevaluate.”

In the third quarter, Lee-Scott drove down the field and scored another touchdown to make it 26-0.

In the second half, Chambers Academy punted three times and turned it over on downs once. The offense struggled to get anything going, and the defense kept giving up big plays. Lee-Scott had a long touchdown run late in the third quarter to seal the game.

The Rebels will travel to Carrollton, Georgia next week to face First Presbyterian Day.