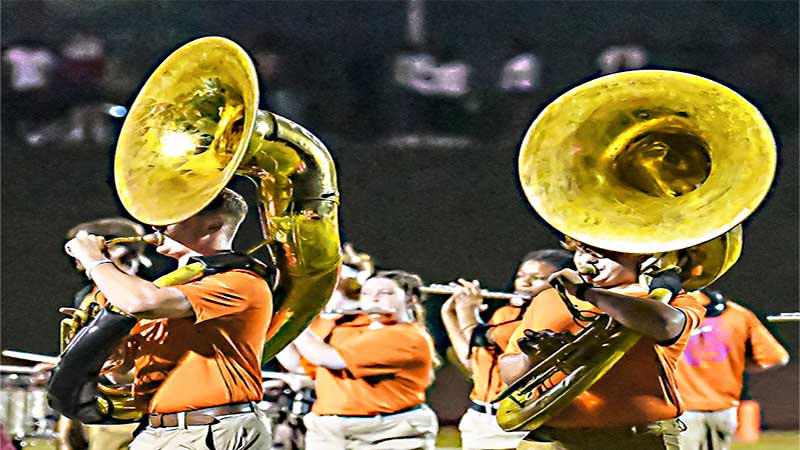 Auburn High will host its 22nd annual Band-O-Rama this Thursday. Nine high school bands will be in attendance, including Valley High School, to present their 2022 halftime shows. Additionally, Auburn University will be showing both their pregame and halftime performances.

Valley High School band director Kitty DeLoach noted how excited the band students were to participate in the event.

“While the newer kids are a little nervous because they don’t know what to expect, the older kids always look forward to Band-O-Rama because it really gives them the opportunity to showcase what they have been working on,” DeLoach said. “Band-O-Rama is a great opportunity where the students don’t have to wait for football or anything else to participate. They are also really excited to see Auburn University’s pregame and halftime shows.”

Deloach said that the band students have worked hard to prepare for the event and that they were ready for Thursday.

“The kids have done really well with preparingm and they are all doing a really great job,” DeLoach said. “The entire show is on the field, which is going to be pretty exciting.”

DeLoach also gave a preview into what people can expect from the VHS band shows this year. According to her, the theme is mixtape based and will be pulling from several different genres.

In addition to music, the Band-O-Rama will feature a full concessions menu, including pizza, hamburgers, hot dogs and Chick-fil-A sandwiches. All proceeds will go to support the fundraising efforts of the Auburn Band Parents Association.

The gates of the Duck Samford stadium will open at 5 p.m. and the program starts at 6:15 p.m. Parking and admission are free, and no registration is required.