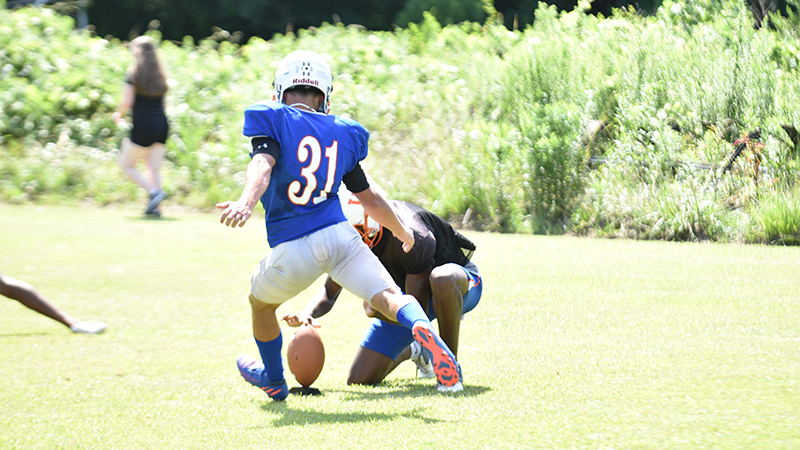 Valley started fall camp this week, and they have a few things to work on to prepare for their first game against Handley.

While head coach Adam Hunter and Valley have been emphasizing physicality all summer long, they still have to work on special teams, which is an inexperienced area this year.

After losing Quinn Vega, Valley is working with freshman Noah Hunt on kickoffs and field goals.

Valley started their practice on Wednesday with kickoff drills, and they moved to point after drills before working on physicality.

The Rams began their first week of practice in pads this week.

“We have to clean up some little things,” Hunter said. “We have to do some work with special teams. We have to find some kickers. We’ve been blessed for the past ten years to have kickers from the ninth grade on who have started. We need to find somebody this year.”

Vega is now a kicker at Point University.

After Valley competed in special teams drills, they switched to board drills, which is when players can fully hit each other.

“We’ll build practice around being physical,” Hunter said. “We’ll have periods where we’re banging a little bit. We have to get used to it. We’re going to pop a little bit.”

The main difference between practice in the fall and summer is the fact that players can finally hit.

“You’re able to hit now,” Hunter said. “In the summer, your offensive line just shields where as now they can actually block. The defensive guys can work on their form tackle skills.”

Valley will have to play Handley on week zero, and they had a nine win season last year.

Valley will play two road games before they return to Ram Stadium against Beauregard on Sept. 2.