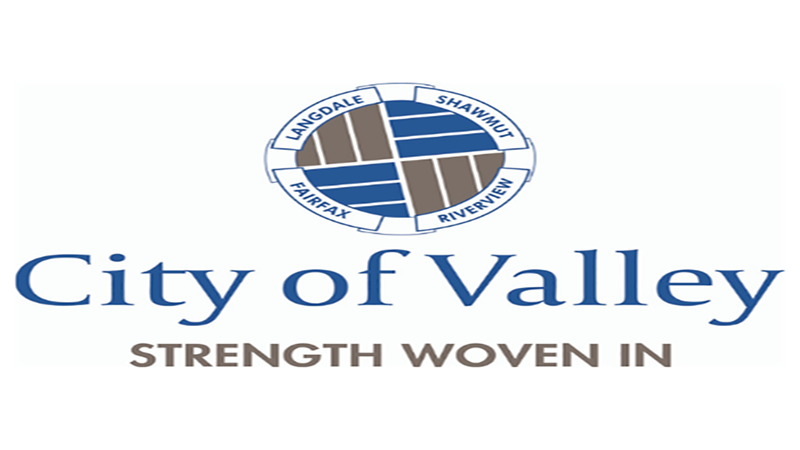 VALLEY — Three Valley residents complained to the city council on Monday ab0ut water being directed off city streets onto their property and causing damage.

Two of the residents, Effie Wilkerson and John Webb, live across the street from each other on Fairwood Drive; a third person, Skip Kendrick, owns a house on 22nd Avenue.

Mayor Leonard Riley told them that a big part of what has happened recently is that the city has experienced some unusually intense storms this summer. A storm on Saturday, July 9, for example, dumped over four-and-a-half inches of rain on the city in a two-hour period. The deluge caused Langdale Meadow in front of Valley City Hall to be flooded for most of Saturday afternoon. The portion of Fob James Drive that intersects with Highway 29 was closed for several hours due to the flood water coming up on the road. The city’s Public Works Department had some expensive repair work to do to make all city streets safe for passage.

On Monday, the council meeting began with a public hearing to discuss closing off a little-used portion of 24th Avenue near Cleveland Road. It would cost the city an estimated $200,000 in repair work to keep that portion of the road open for travel. It would cost an estimated $30,000 to close the road, cut a wide drainage ditch across it and fill both banks with rip rap. No one was there to complain about closing the road, and it looks like the council will take the less expensive option.

The three people who complained Monday sustained damage on their properties in the July 9 storm and in other heavy rains.

Wilkerson said it looks like a river when the water is flowing across her backyard during a heavy storm. When the water goes down, the backyard is filled with bottles and broken glass that’s been washed in, so much so that she’s afraid for her five-year-old grandson to venture back there.

Wilkerson told the council that she grew up in Valley and has always considered it home but lived and worked in Georgia for 46 years. Several years ago, she purchased a home and lot on Fairwood Drive and hired a contractor to make some improvements, including a garage, a new driveway and a privacy fence. She now lives there with her young grandson.

She said there’s a large drainage pipe that runs under the road between her house and Webb’s home. There’s a big hole on Webb’s side and the runoff water is unimpeded on her side of the road. Heavy rain knocked down part of the privacy fence and may have caused the foundation of the house to crack.

“I am very disappointed this has been going on,” she said. “I have invested a lot in this house. I am afraid another bad rain could further damage it. This is a devastating situation for me. I implore you guys to do something about this. I shouldn’t have broken glass and sewage washed into my yard.”

Public Works Director Patrick Bolt said he had gone to the home shortly after the rainstorm and looked at the damage. “Our department didn’t put that drainage pipe in,” he said.

The subdivision on Fairwood Drive was built a little more than 50 years ago, in 1971.

Wilkerson said she had taken a lot of photographs of the damage. “They tell the whole story,” she said.

Mayor Riley and members of the council looked at the pictures she brought.

“I wish everyone could see them,” he said.

“We will,” Mayor Riley said.

Webb said he had a video of the flooding that was caused.

Council Member Kendall Andrews asked Wilkerson who had built the improvements on the home. She said it was some guys from Beauregard.

“They should have known not to build a privacy fence across a drainage ditch,” he said. “Water can’t pass through it.”

Andrews suggested she talk to the contractor about building that fence the right way.

Riley told Wilkerson that the council needed some time to study this situation and decide what the city can do at the next meeting on August 22.

The city has a longstanding policy not to do any work on private property. The issue here is that drainage directed off a city street is washing across people’s yards.

Webb showed council members photos of the damage that has been caused on his side of the street. “My yard has been washed out,” he said. “My carport has been damaged.”

Riley asked Planning and Development Director Travis Carter if he was familiar with this situation. Carter said that he was and had found that there’s an easement along the road that dates to 1971.

Webb said he had lived at the residence for 25 years and had added some home improvements over that time.

“The city has a 20-foot easement and have never had a problem like this before,” Carter said.

“We had never got that much rain in a short period of time,” Riley said.

“Some of this comes back on the contractor,” Carter said of this problem on both sides of the street. “The city might help if we could put in a ditch to divert the water.”

“The water comes on my side like an ocean,” Wilkerson said.

Kendrick’s problem is on 22nd Street. “There have been complaints about erosion in this area for 40 years,” he said. “The installation of a big pipe has worsened the problem. The large pipe allows a larger volume of water to move faster, causing more property damage. This big pipe has taken out a big chunk of land.”

Kendrick showed council members photos of what he’d been talking about.

“The traditional answer has been ‘we can’t do anything about it because it’s on private property,’” Kendrick said. “The way I see it the city has failed to protect the property owner.”

Kendrick said he had paid a contractor $4,400 to do some improvements.

“I’m asking the city to take some responsibility for the damage that has been taking place,” he said.

Kendrick added that the Alabama Supreme Court had established a precedent for doing this.

“It can cause trouble even in light rain,” he said.

Riley reiterated that the council needed some time to study these two situations but pledged to have an answer at the August 22 council meeting.