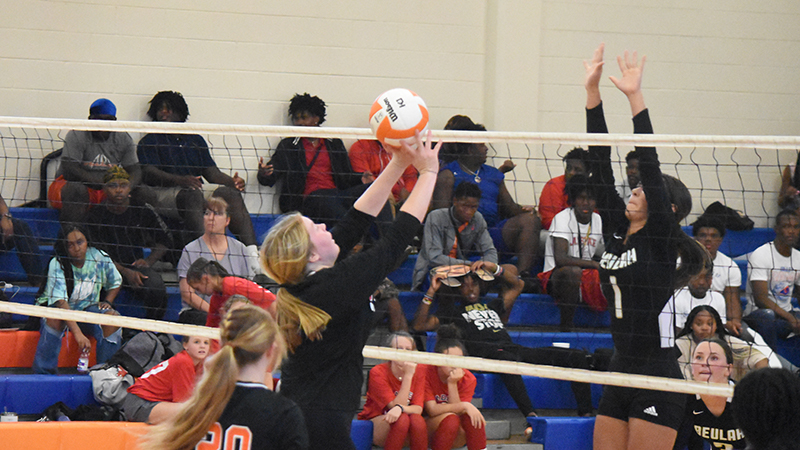 Beulah and Valley ‘s volleyball teams competed in a triple match against Wadley on Thursday at Valley’s gymnasium.

The first game was between Valley and Beulah, and the Bobcats won 2-0.

Each game was shortened to a best of three format instead of the normal best of five.

Beulah then stayed on the court to face Wadley, who beat the Bobcats 2-0. They won both games 25-20.

Beuah head coach Allison Aikens was impressed with her team’s win over Valley.

“I thought our girls played really hard, and they hustled,” Aikens said.

“I couldn’t really ask for anything more. There are some things we need to tweak, but I’m still excited for the season, and I’m proud of our girls.”

Beulah is currently 1-2 on the season.

Wadley stayed on the court to play Valley, who had some rest between matches.

The Rams couldn’t hang on as Wadley defeated them in the third set 15-11.

Despite the two losses, Valley head coach Madison Messer was proud of her girls.

“We adjusted to the mistakes we made with Beulah,” Messer said.

“We got down too quickly as a team. Once they started getting multiple serves in a row, we kind of spiraled downhill there on the first set. We stepped up with Wadley. I was impressed with our attack and aggressiveness tonight.”

Wadley walked away with two wins on Thursday night. Beulah won their first game of the season.

Valley dropped down to 2-2 on the season and will play at Randolph County on Tuesday.