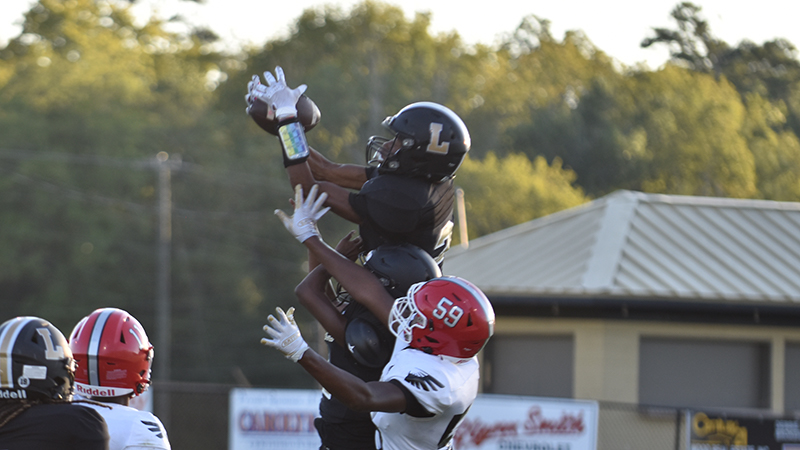 The Lanett junior varsity football team asserted its dominance on both sides of the ball in its 38-0 win over Loachapoka on Tuesday night.

The game was played at Morgan-Washbrn Stadium.

Freshmen Shamar Patterson was a force to be reckoned with as he caught two contested catches for a touchdown from Riontae Ziegler.

One of those touchdowns was immediately after he forced an interception.

Lanett’s Kadin Morgan also had two touchdowns on the ground, including a long run at the end of the first quarter.

The Panthers were able to put the younger guys in during the second half, and backup quarterback Jordan Richardson was able to run in for the only touchdown of the final two quarters.

“We’re just happy to come out and let the kids play,” Price said.

“We have a good group of ninth graders. We don’t have as many as we had last year, but they’re really athletic. We’re looking forward to getting them out here and getting them to learn a little more about the game.”

Price also had a lot of good things to say about Patterson.

Price was also pleased with his defense forcing a shutout.

“I was pleasantly surprised with the defense,” Price said.

The Panthers are now 3-0, and they still have challenging games remaining against Reeltown and Handley.