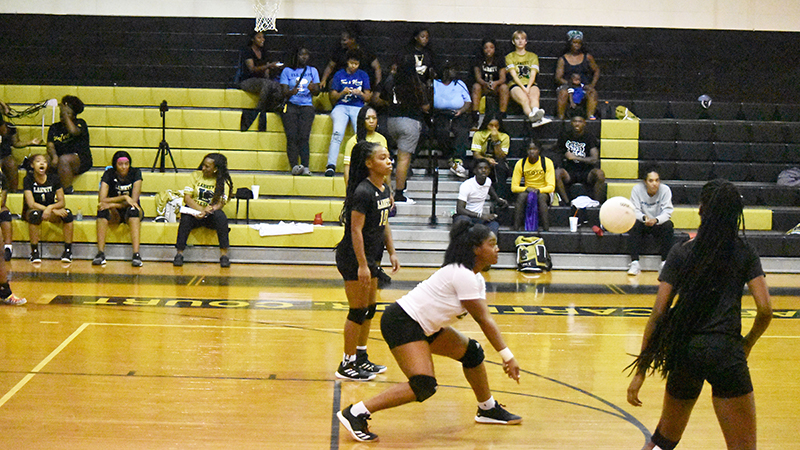 The Lanett Panthers hadn’t played a game in almost two weeks, so they had to shake off the rust in their 3-1 loss at home to the Generals on Monday.

The Panthers lost their first two games 25-14, and they were making several small mistakes that led to Horseshoe Bend getting an early lead.

The Panthers came back in the third game when their communication and execution drastically improved.

The fourth game was a shootout as neither team would give up.

“It definitely had something to do with that,” Story said. “Our game last week was postponed. It’s just a combination of not having many games, and we were short on personnel in the first two sets. That played a lot into it too.”

Story wants her girls to focus on the season ahead instead of dwelling on this loss.

“I told them we’ll have to see Horseshoe Bend again,” Story said. “All is not lost. We showed what we were able to do those last two sets. We played with so much intensity. Our girls know how to fight. We shot ourselves in the foot in the beginning. We didn’t even look like Lanett volleyball.
Lanett dropped to 4-1 on the season, and they’ll have to face a familiar foe in LaFayette tomorrow at home.