Mayor Heard reflects on his first year as Lanett’s mayor 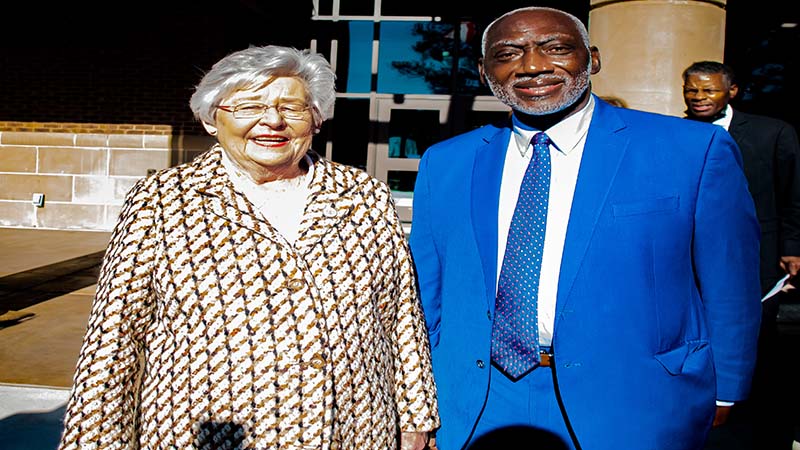 At the one-year mark of his time in office, Lanett Mayor Jamie Heard reflected on his approach to the job, the improvements made in the Lanett Municipal Airport and infrastructure beautification, as well as next steps.

“Being the mayor is different from serving on the council,” Heard said. “So, there were some things that I didn’t know what to do or how to do. It was a challenge, but overall, it’s been good.”

Heard worked in education and later administration for 40 years before accepting the role of mayor. He also served on the city council for nearly four terms.

The transition to mayor created a new challenge for him. Still, Heard has translated many fundamentals from his time in education administration to his role as mayor.

“I can’t run a city like I did the school, but some of the things that I did at the school have helped me,” Heard said. “The main thing I’ve learned is that communication is very important.”

With previous administrations, Heard said the city council was not kept abreast of things going on. As mayor, he has made it his mission to keep council members informed and to maintain an open-door policy.

Heard prioritizes communication with his former office. As an education administrator, he made many connections with generations of Lanett citizens. His involvement in the community helped to build trust.

He said with better relationships comes the expectation for a higher quality of work. Heard created a new system of accountability with the city employees.

“My expectations are very high,” Heard said. “Accountability was a big challenge.”

Over the course of the year, Heard has seen several changes in personnel. The city is holding its first interview for the new police chief Wednesday and expects to have the position filled by the end of the year.

Heard hopes to find a candidate that is dependable, trustworthy and willing to work with the community.

The Lanett Municipal Airport is a project that has been ongoing throughout Heard’s time in office. The city is in its last week of accepting applications, Heard is hiring an airport manager in the next week or so. With all that complete, Heard is hopeful that the airport will be set to open.

“If nothing happens, we hope to open it the first of November,” Heard said. “We are looking forward to that.”

Another win this year for Heard has been the improvement of Lanett’s infrastructure.

“We have paved several streets since I’ve been in office and have several more on the list to be paved,” Heard said.

He said the First Street project, part of the downtown beautification project, will hopefully begin within the next couple of months. The project will stretch from Eighth Avenue to First Street.

As some key members of the city resigned, Heard has found new leaders for those roles. Since Senior Center Manager Sandra Thornton joined the force, the senior citizen program has greatly improved.

“We work well together, and we have had so many good things going on with the senior citizen program,” Heard said.

Lanett’s senior citizen program hosted an event to provide COVID-19 booster shots and tests for about 20 people on-site. They also visited 14 residents who were unable to leave home for health reasons.

Three months ago, they also held a community meeting for senior citizens to introduce them to home improvement programs. Around 80 people attended the meeting.

“They learned about the different programs that this agency offered,” Heard said. “We had six individuals to receive $1,500 toward their home improvement.”

Heard’s vision for Lanett’s future is bright. He plans to continue to improve Lanett’s roads, old gas lines and water and sewage lines. He also hopes to attract more businesses to the city, improve the school system and provide better public housing.