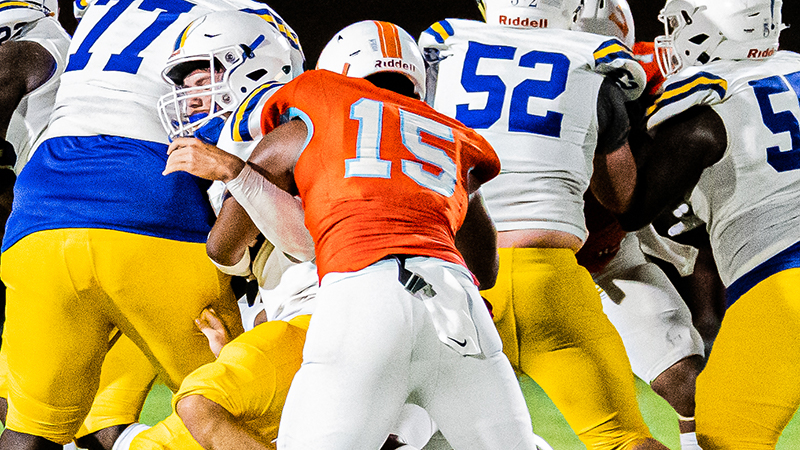 Story is a senior who has been a key part of Valley’s defense over the last couple years.

This year, he has helped the Rams have dominant defensive performances over Lanett and Sylacauga.

Story doesn’t know much about those three schools, but he’s open to playing wherever he’s needed.

“The only college I really know about is Warner,” Story said.

“The head coach came to Valley High last year. He talked to me and a couple kids.”

As for what he brings to the table, Story believes his leadership makes him stand out.

“I can get to the quarterback and stop the run.”

Story has been sending out his film to try and get more offers.

“I’m just trusting the process and trying to stand out,” Story said. “I send out film almost every day. If a school gives me a chance, I’ll play there.”

Story is focusing on his senior year at Valley.

“I hope we can make it deep into the playoffs this year,” Story said.

Through four games this year, Story has racked up 28 tackles, seven tackles for loss, an interception and a sack.

Story is one of several Rams who have received offers over the past few weeks, and if he continues to perform well, he’ll receive even more over the course of the season.

Story is also unsure about where he wants to continue his football career, but he’s open to playing wherever he can get the chance. He’ll get to show off  more for college coaches in two weeks when Valley plays Russell County at home.