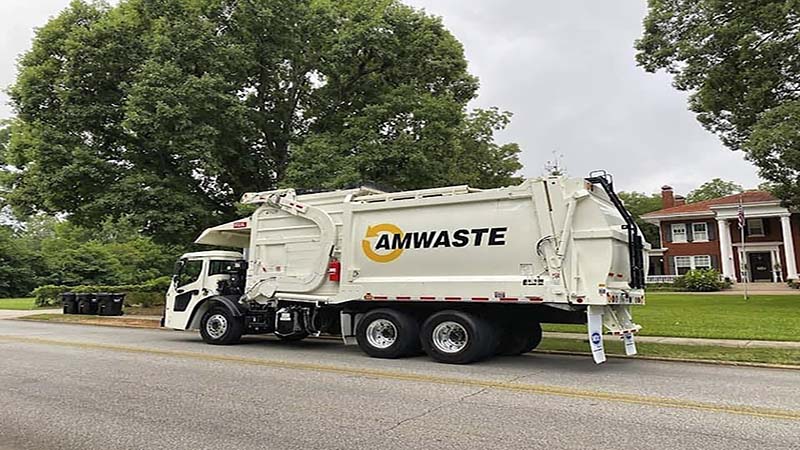 VALLEY — AmWaste’s days of being the City of Valley’s solid waste provider could be numbered. The city recently accepted bids on a new annual contract to provide waste collection service. Three companies submitted bids with AmWaste being underbid by the other two firms, 121 Disposal and C&C Sanitation.

“We will talk to two new companies,” Mayor Leonard Riley said. “Hopefully we will have a new company doing it.”

For most of the past year, the city was besieged with complaints from city residents that their garbage hadn’t been picked up or was picked up late.

At times, the service would get better but would fall off again. The Shawmut mill village, for example, was not picked up at all last week.

In other business at the Monday council meeting, a second reading was held and new boundaries for the city’s seven council districts. In the vast majority of cases, people will remain in their previous district. The lines have to be redrawn every ten years following the most recent Census. This assures that each district will be relatively equal in terms of population. With the new lines, each district will have between 1,450 and 1,550 residents.

District One representative Jim Clark said he was disappointed to be losing some residents of his former district but pleased to be picking up some new city residents he will be working with.

The meeting began with a public hearing to discuss the closing of a portion of 24th Avenue at Cleveland Road. To keep a rarely used part of the street open, it would cost the city an estimated $200,000 in drainage repairs. In closing the street, a ditch will be dug and filled with rip rap. This should direct the water flow much better in periods of heavy rain.

Nearby resident Vera Frazier was there to ask questions about this. She told the council that the area near her house was not draining well when it rains hard and litter is washed off Cleveland Road onto her property. She wanted assurances that this wouldn’t worsen her problem. Mayor Riley told her that closing a little-used road and digging a deep ditch across it should help nearby residents. Water flows that are now being stopped should drain better with this work.

The city still needs to check with utility companies before doing any digging.

“There’s a gas line in the area,” Riley said. “Hopefully we can close the road and put in a big ditch.”

Fairwood Drive resident Effie Wilkerson spoke to the council asking for help with a flooding problem on her land. She said that that rainwater flowed from Sedgefield Road across her yard, leaving all kinds of debris to be cleaned up.

Planning & Development Director Travis Carter told the council that he had looked at the site for a solution to help Wilkerson. He said the problem was the house sat in a low spot and that lots of drainage flows down to it. Doing something about this would likely involve work on private property (something the city won’t do) at a cost of several hundred thousand dollars.

“I don’t think we can do anything on private property,” Mayor Riley said. “A fence that’s been put up near your house is part of the problem.”

The council approved a resolution to approve a final extension for the Henry Hudson Company to finish a demolition project for Riverdale Mill. This has been taking place since 2015.

Monday’s action extends the demolition application to Dec. 31 of this year.

Valley Parks and Recreation Director Laurie Blount told the council that some one-day tournaments would be taking place this month at the Sportsplex. The annual Fall Festival will be taking place at the Sportsplex on Monday, Oct. 31. For the past few years it has been a “trunk or treat” event as a Covid precaution. It will be back to normal this year. “It’s no longer a drive-through,” Blount said. “The kids can walk around in their costumes.”

The council determined six different properties to be public nuisances. Two are on Bennett Street and two on Summerhill Road with one each being on Huguley Road and California Road.

Code Enforcement Officer Reid Riley explained each situation to the council and showed them photos on the council chamber’s big-screen TVs of the condition the houses are in. The property owners were notified off the impending action and given 45 days to address it. Insufficient action has taken place on any of the sites to improve the property. The city can now legally demolish the houses, clean up the property and place liens on the properties to recover its costs.